Mordheim: City of the Damned Heading to Xbox One and Playstation 4 on October 18 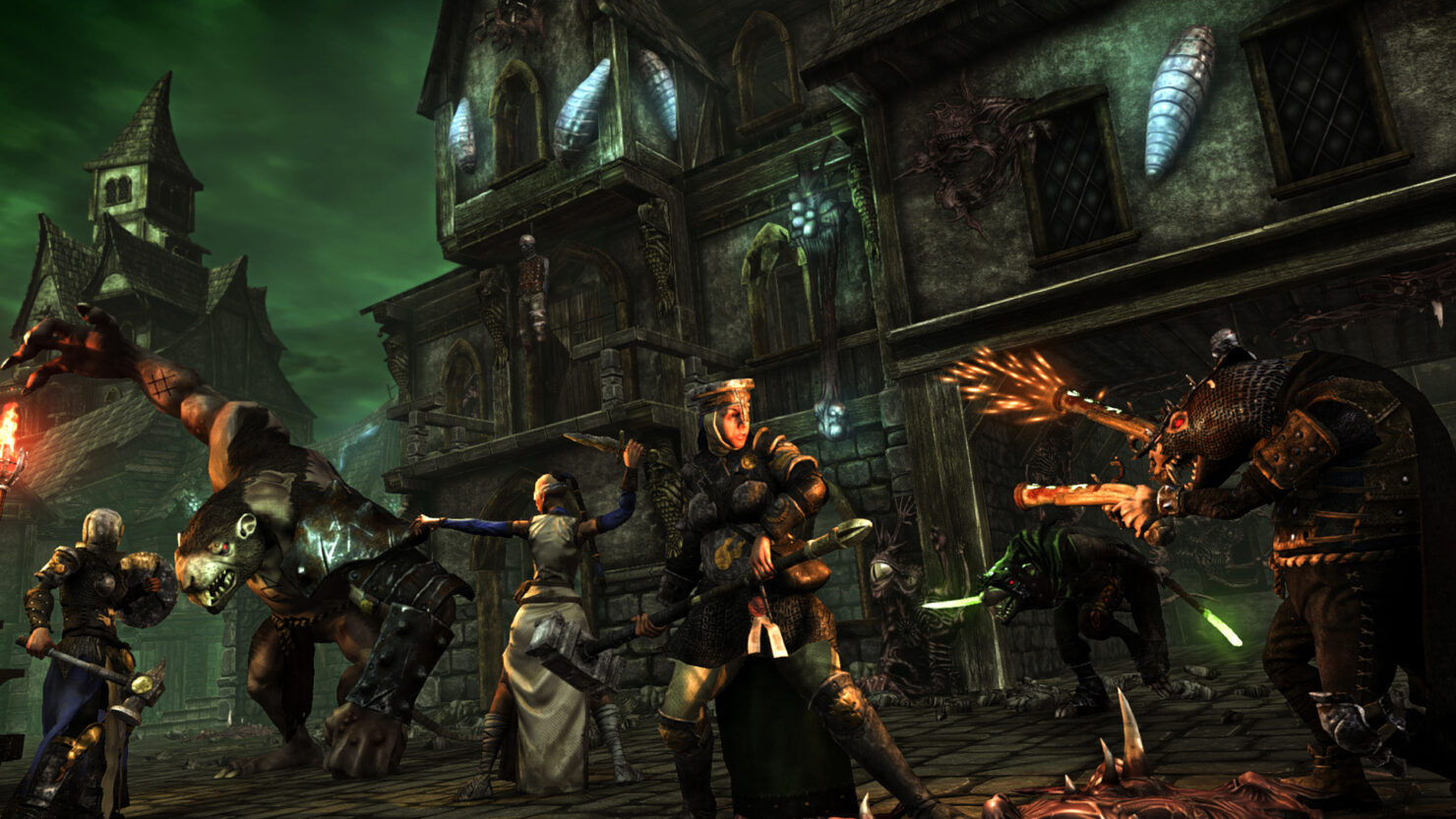 Playstation 4 and Xbox One users will lead their Warbands on the warpath later this month. Montreal based Rogue Factor is releasing brutal PC turn-based tactical game to consoles October 16th.

When a meteor strike completely levels the city of Mordhiem, warbands battle each other for gems called Wrydstones. Now, all sorts of monsters, troublemakers and untold evils rule the city as each side battles for these precious stones.

Mordheim: City of the Damned has you lead a fully customizable squad of fantastically vicious units. Strategy is key since units killed in battle are lost forever, they can be even permanently maimed or injured drastically affected their stats. As your Warband grows, you unlock new classes, gear and abilities that should turn your troops into a terrifying force to be reckoned with. The permadeath aspect of Mordheim should add a nice layer of tension during your battles.

Carefully set up ambushes in the ruined city of Mordhiem to decimate your enemies. The environment plays a huge role in battle and taking advantage of the high ground could mean the difference from total victory or defeat. It looks considering unit placement is just as, if not more, important as the unit matchups themselves.

The console version will contain a full campaign for each of the four playable Warbands;  Sisters of Sigmar, Human Mercenaries, Skaven of Clan Eshin and the Cult of the Possessed. More adventurous commanders can take their Warband online in multiplayer skirmish modes.

Mordheim: City of the Damned arrives on PlayStation 4 and Xbox One on October 18th and out now on PC. No word on whether the Playstation 4 or Xbox One versions will include any DLC that is available on the PC.