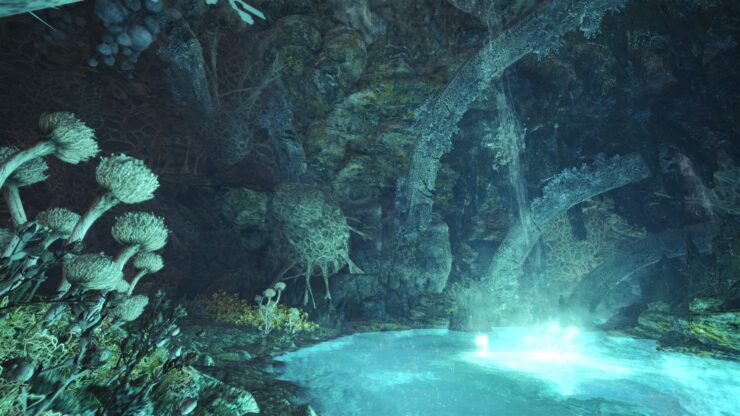 It can be daunting to pick up and play a game in an already established series, let alone a series that is well known for its complex gameplay and high learning curve. Monster Hunter is very much like a fighting game in this regard; new players may feel like they don’t stand a chance as returning players have years of experience. Enter Monster Hunter: World, the latest entry in the series that brings about huge gameplay changes and sees the series return to consoles after almost five years.

I had the chance to check out Monster Hunter: World at a preview event in London last week. Over the course of two hours I was able to play through four missions, one of which had not been seen before: a fight against Nergigante. It’s important to know that I have not played a Monster Hunter game before; I hope my experience with the game will inform those who are in a similar position to myself.

Monster Hunter: World follows the same storyline as the rest of the Monster Hunter series, in that no one really pays any attention to it. Villagers complain that monsters are attacking their homes, you and your group step in to save the day. Most people don’t play Monster Hunter for the story, so don’t worry if you’ve missed any of the previous games. 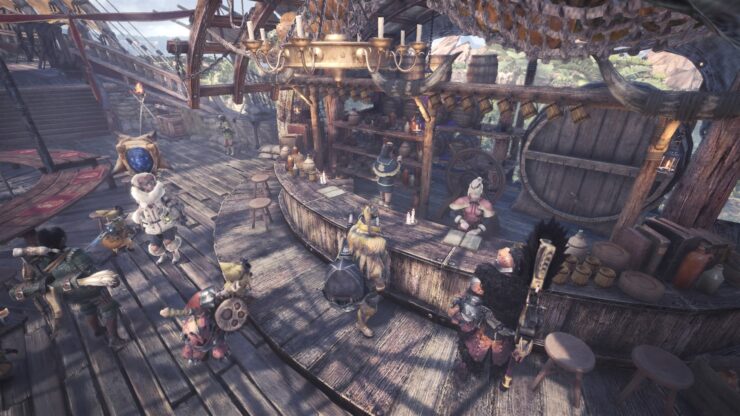 In fact, Capcom has been trying to make Monster Hunter: World more accessible to Westerners who aren’t typically used to playing games like this. There was some backlash from fans at first, though it seems a lot of the fears people had about the gameplay being dumbed down for a new audience have been quelled. Instead of making the game easier, Capcom instead has developed better tutorials and tweaked the controls in order to teach new players without ruining the game for returning players.

The Monster Hunter series is known for its punishing difficulty, especially for newcomers. My experience with Monster Hunter: World has not reflected this at all. The build of the game at the preview event felt too easy… for the most part. As someone that has never played a Monster Hunter game before, I was surprised to see how simple the gameplay was. Despite having a team of four, I found that we rarely needed to coordinate with each other. I fully expect this not to be a concern in the full game. Personally, I am hoping the difficulty ramps up a lot faster than it did during this event. Of the four missions available, the only challenging one was the final mission because it involved more than simply pressing the attack button when a monster was nearby.

I understand the Monster Hunter series is known for having a crazy amount of depth to the gameplay, though I can’t say I truly understood just how difficult this game could be until I attempted the last mission. Nergigante, the final boss of the preview build, was easily the highlight of the game so far. Nergigante is an Elder Dragon that looks about as scary as it is challenging. It’s bad enough that spikes surround the dragon’s body at all times, but those same spikes grow larger and more durable the longer your fight with him goes on. Not only does this increase the range of Nergigante’s attacks, it also makes it so your weapons bounce off its body, stopping you from dealing any damage. When enraged, Nergigante’s attacks become almost unpredictable, forcing you to consider every action. Make the wrong move and you could lose most of your health from a single attack. 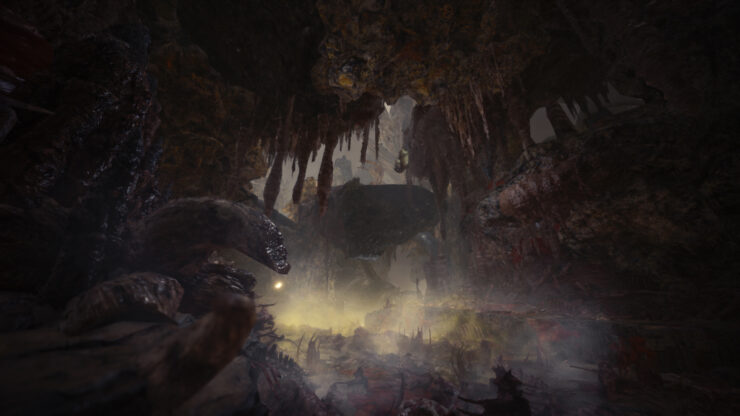 This boss fight is exactly what I wanted to see from Monster Hunter: World. Nergigante is incredibly difficult to fight against if you treat it like any other monster. You’ll need to adapt and switch your tactics up as you go along because the same methods you may have relied on will not work here. The learning curve for Monster Hunter: World seems like it’s going to be rather steep, but it’s good to know there are a number of early missions available that will gradually ease players into the game.

One of the biggest omissions from this build of the game is the lack of crafting. Taking down massive monsters while on hunts is plenty of fun, but some would argue the real fun is crafting armor sets and weapons. Let’s face it, is there a better way to show the monsters you’ve been hunting who’s boss than to wear their skin? The answer is no.

Monster Hunter: World’s performance was impressive considering it was running on a 1080p screen on a PS4 Pro. The game ran at a solid 30fps with little to no drops when running in ‘Prioritise Graphics’ mode. When you start up the game on a PlayStation 4 Pro, you are given three options: Prioritise Resolution, Prioritise Framerate and Prioritise Graphics. I’m going to assume these settings will also be available on the Xbox One X version of the game given the similarity in terms of power. Those of you, like myself, that are looking forward to the PC version of Monster Hunter: World will be disappointed to know the game has been delayed to Fall 2018. Capcom has said this was done to make sure the game is optimised and fine-tuned specifically for the PC.

Like with any RPG, the experience of sitting down to play this type of game at a preview event (or even the open beta) just isn’t as satisfying compared to playing the full version. Monster Hunter: World is the kind of game you would play with your friends, oh, and you’d get to keep the loot you obtain throughout your missions. Fortunately, there isn’t much longer to wait as the full game releases next week. If you’d like to try it before next week, you are in luck. The third and final beta for Monster Hunter: World begins this Friday on the PlayStation 4. Players will have the chance to take on Nergigante, as you can imagine I would highly recommend you give it a go.