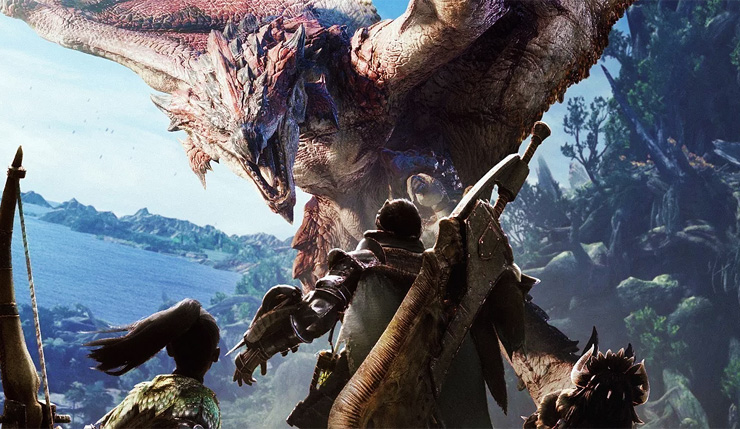 The PC version of Monster Hunter: World isn’t out yet, but according to those playing pre-release copies (reviewers, streamers, ect) the game has some serious stability issues. PC Gamer reports the PC port has a “significant” crashing problem – for them, the game was crapping out about once every hour, often eliminating any progress they had made. The crashes are reportedly even more frequent when playing with other people online.

PC Gamer suspects the reason for the crashes is Monster Hunter: World’s abnormally heavy CPU use. As you may recall, Capcom recently explained the CPU strain was due to the game loading entire levels into memory in order to get rid of load screens…

“To eliminate interstitial loading during active gameplay, MHW loads the entire level into memory. In addition to managing assets loaded into memory, it keeps track of monster interactions, health status, environment/object changes, manages LOD & object culling, calculates collision detection and physics simulation, and tons of other background telemetry stuff that you don’t see yet requires CPU cycle. This is in addition to supporting any GPU rendering tasks.”

Of course, pre-release versions of games are often glitchy, but if Monster Hunter: World’s crashes are due to the way it uses the CPU, it could be a major issue that will continue to affect players post-launch. Or, who knows? Maybe this is just some sort of weird bug! Let’s hope it’s the latter.

Thankfully, Capcom is aware of the Monster Hunter: World PC crash issue, and has promised “a fix is already in the works." Hopefully that fix arrives in time for the game’s launch. Personally, I might hold back on downloading the game on launch day – maybe wait a bit to make sure everything’s ship-shape.

Monster Hunter: World is available on Xbox One and PS4, and stomps onto PC on August 9.