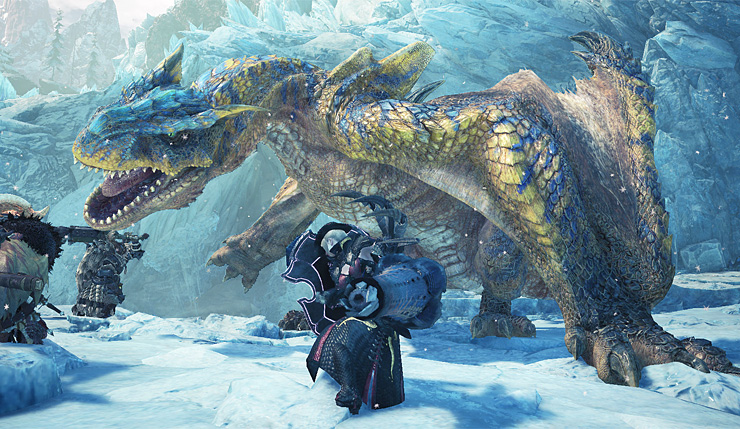 Can’t wait to get your hands on the frost new Monster Hunter World: Iceborne expansion? Well, if you’re a PS4 owner, you’re in luck, as a beta kicks off exclusively for PlayStation Plus subscribers later this week. The beta will include three quests, a hefty selection of new weapons, and more. Haven’t been keeping up with Iceborne? You can check out a fun new overview trailer, below.

Here’s the full rundown on what’s included in the Iceborne beta:

The beta offers players three quest choices, including the beginner-friendly Great Jagras hunt from Monster Hunter: World for newcomers, the brand new horned brute wyvern Banbaro for an intermediate challenge or returning series favorite Tigrex for the fiercest of hunters. The beta will let players test out all 14 weapon types in any of the three quests and the training area. The weapons include new features plus there are new Slinger tool options such as the Clutch Claw grapple mechanic. Upon completing each quest for the first time, hunters can earn a total of three item packs containing helpful consumable items that will be available to use in the full version of the Iceborne expansion when it releases.

The Monster Hunter World: Iceborne beta launches for PlayStation Plus subscribers this Friday (June 21) at 3am PT and continues until June 24 at 11am. Don’t have an active PS Plus account? Don’t worry – a second beta open to all PS4 owners kicks off on June 28 at 3am and runs until July 1 at 11am. No word on when, or if, the Iceborne beta will hit PC and Xbox One. It will likely happen eventually, but Capcom’s keeping mum for now.

Monster Hunter World: Iceborne blows onto PC, Xbox One, and PS4 on September 9. What do you think? Will you be checking out the beta this weekend?