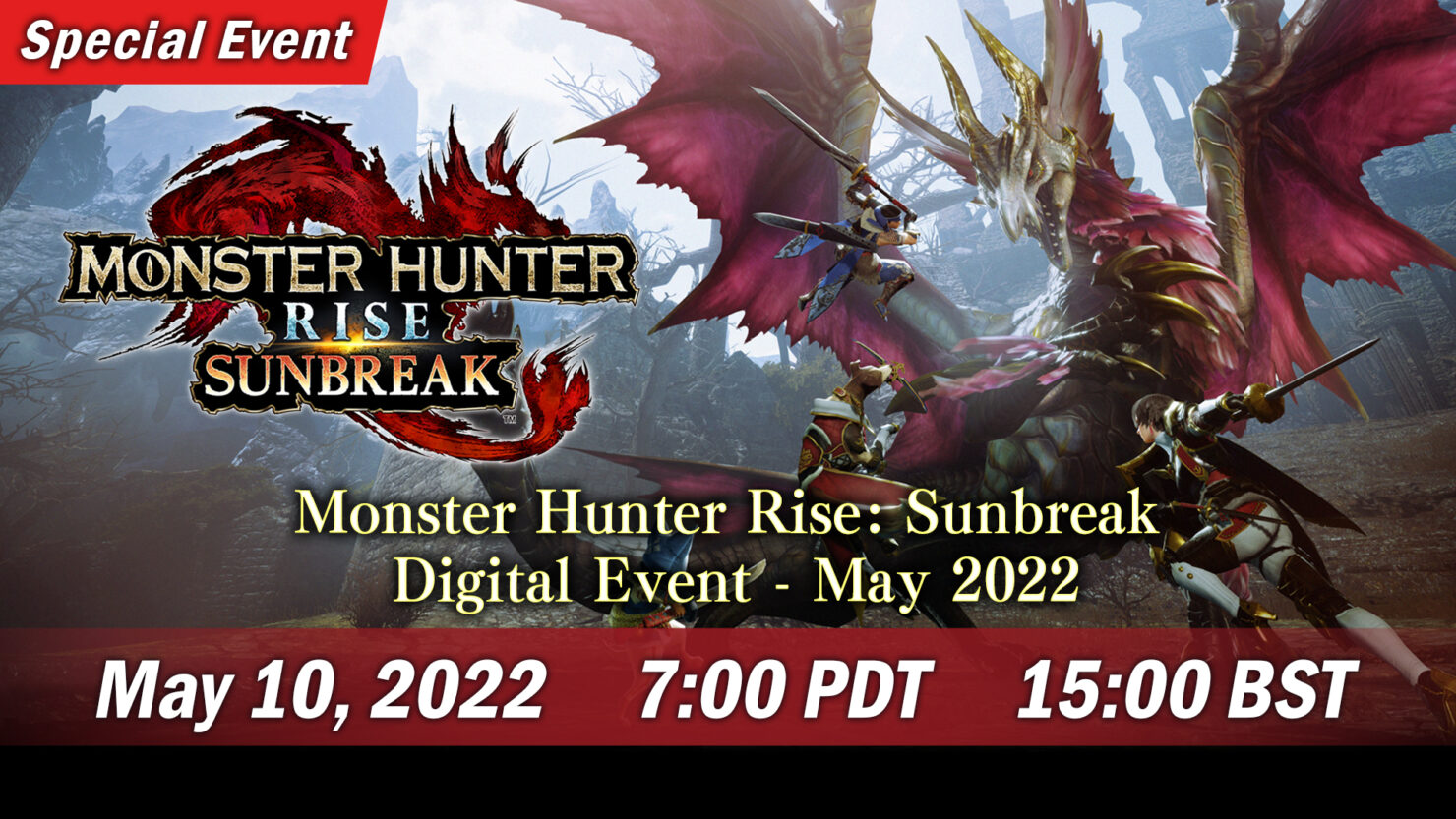 A new Monster Hunter Rise: Sunbreak Digital Event has been announced today for May 10th.

The new event, which will air on the Monster Hunter Twitch channel at 7 AM PST / 10 AM EST / 3 PM BST / 4 PM CEST, will be presented by game director Yoshitake Suzuki and it will provide new information on the upcoming expansion.

A preview trailer has also been shared, and you can check it out below.

The base game, Monster Hunter Rise, is now available on PC and Nintendo Switch- You can learn more about the PC version of the game by checking out my review.