Joystiq has just reported that the first wave of Modern Warfare 3 Map packs will roll in later this month for XBOX Live and later on other platforms, Robert Bowling has confirmed that there are going to be a total of Five Modern Warfare 3 Map packs spanned over the release of every 3 months and this will give us a total of 20 maps over 9 months which should be just in time for the next Call of Duty game announcement.

Although this time the maps won't just be there for multiplayer, Robert Bowling has confirmed that there are some nice surprises in store for fans. 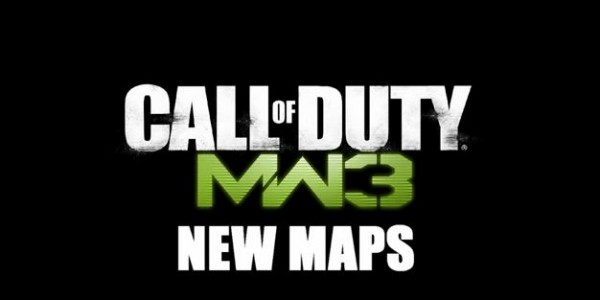 So far the first two maps planned are "Liberation" (Which takes place in Manhattan) And "Piazza" (Which takes place in Italy) , in the past Call of Duty map packs have either been released to expand on multiplayer and the zombies campaign in Black Ops and World at War but Robert Bowling has stated to Joystiq that this time he has more in plan for the community with the release of these maps.

"The first pack is traditional multiplayer maps, but we want to do Spec Ops missions, missions, Spec-Ops Survival, new game types, new game modes, and really look at adding things that we've never done before," Bowling said. He said that the focus across all three studios involved -- Infinity Ward, Sledgehammer Games and Raven Software -- has been to experiment with the formula this time around, to offer players content other than map pack dumps.

"We said just do what you think is gonna be good. Do what's fun and, as long is fits in the Modern Warfare universe, try it! Experiment with it, and we'll take the best of the best and start polishing it up and releasing it. So that's really where our focus has been," Bowling concluded.

Call of Duty Elite subscribers WILL get the maps for free due to their subscription and a "Content Collection" will be released later on XBOX LIVE For non-Elite users in March. While the first map pack is going to roll in on January 24th for XBOX 360 users on XBOX LIVE and later on for other platforms via their local digital distribution channels (Steam and PSN).

If Bowling is looking to add more game modes to the map packs instead of just plain old "map dumps" this might actually be incentive for more people to buy the DLC, I hope that we get more details on this in the future and I am glad to say that it's about time the DLC rolled out for the game considering that the current maps are reaching their age.