I have heard that cheaters never prosper but this one takes the cake. In an interesting turn of events a Modern Warfare 3 hacker on the PlayStation 3 has received a hefty ban of 5,000 days and counting with the help of a little maths we can deduce his sentence to last a good 13.70 Years which means he will probably be back to playing the game on the 8th Generation console with Modern Warfare XIII - 2 (or if he just chooses to buy a new PS3 or buy the game on a 360 / PC) otherwise his hacking days on the PS3 are more or less over. 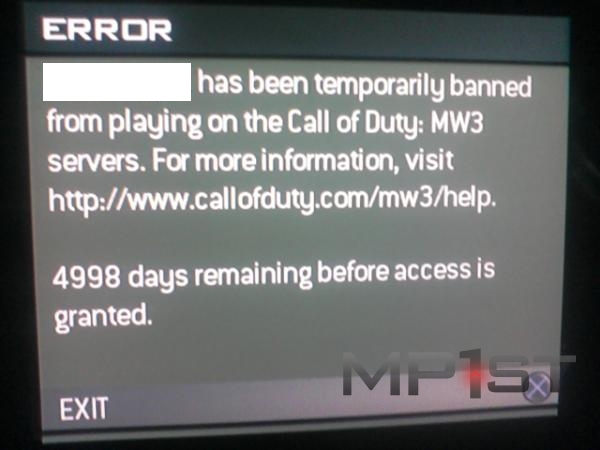 Any developer will always aim to keep their game free of hackers and glitchers so that the experience of other players isn't ruined, normally these bans last a week, a month or if you get too naughty (Especially on steam) you can end up losing the game completely due to a VAC ban. But some unlucky player on the PS3 got more than he deserved when he powered on his PS3 to find out he has been banned from playing Modern Warfare 3 for a ridiculous period of 5,000 Days (well 4,998 today) while I am all for punishing the wrong doers even I think 5,000 days is a bit harsh and considering how Call of Duty has become a yearly game series it won't be soon until he buys the next Call of Duty game next year and be back into hacking (if he didn't learn his lesson the first time).

Robert Bowling; the community manager for Modern Warfare 3 HAS confirmed that the ban is indeed genuine and all hackers should take this as a warning as seen in the tweet below and see the tweet HERE 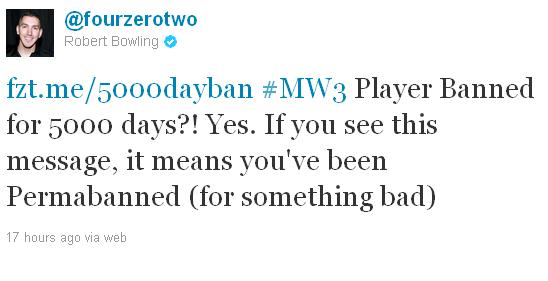 While the ban means that he can strike off playing Modern Warfare 3 for the whole year unless he buys it on a new console or on the PC he will probably have to find another game to satisfy his FPS thirst because it doesn't look like he will be playing any time soon :D.

UPDATE: Found a screenshot of an exchange of tweets between the banned player and Robert Bowling, fun to read :D. 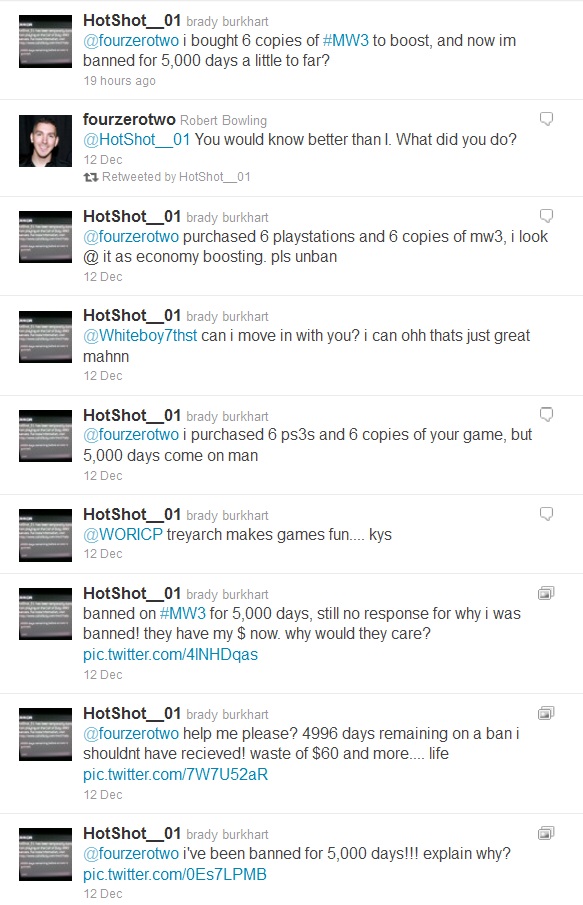