Modern Warfare 2 had a very interesting game mode called "Spec Ops" a series of missions ranging from Alpha to Echo operations each getting more and more difficult but once you earned all 69 stars there would be little to no replay value, but Modern Warfare 3 sees the return of Spec Ops with a little bit of zombies thrown in, you have to survive endless waves of enemies and get as high as possible in terms of waves of enemies, the trailer shows the return of some old and shows some new enemies too. 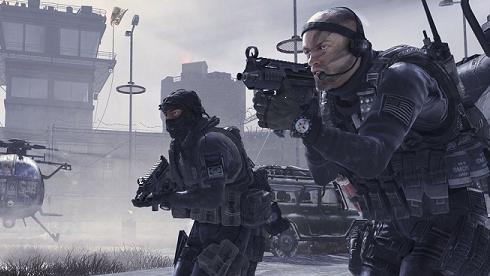 Spec Ops will no longer be a sequence of missions but will instead be a little bit of zombies with 100% more living humans thrown in to the mix, in the trailer we see the return of the annoying enemy known as the juggernaut and dogs armed with explosives (no this is NOT a typo) but don't fret, along the way you can still buy attachments for your guns, buy equipment like Sentrys, control Predators and AC-130's so you are not at a complete disadvantage.

Leave a comment below on what you think of the new game mode.