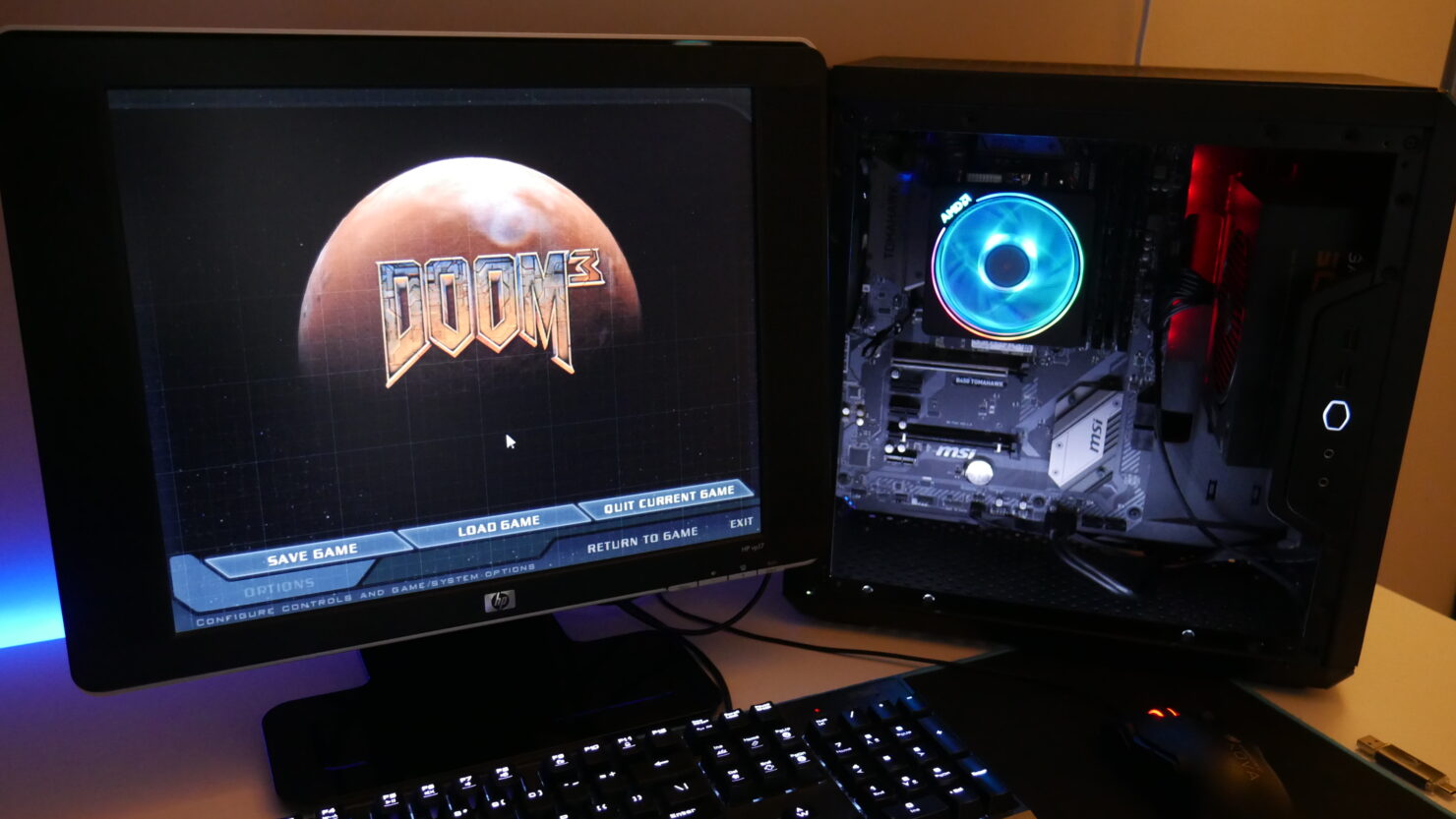 I remember back in 2005 I drove two and a half hours from my dorm room to the closest Circuit City to pick up a 19" Samsung 1280x1024 75hz LCD panel to finally upgrade from my dying salvaged from the trash IBM 1024x768 panel. I had recently saved up from spending a summer working on a gold mine to upgrade from my Radeon 9550 to the GeForce 6800GT (not ultra, I was a broke college student) and was really excited. I say that because recently a friend of mine had found an old 1280x1024 panel he was about to toss out and a wave of nostalgia came rushing over me since I've found myself playing old games recently thanks to the GeForce update that included Integer Scaling. But, even with Integer Scaling, there's something about playing these older games in their default formats at native resolution. After spending days playing DOOM 3, Far Cry, America McGee's Alice, and Need For Speed Underground 2 on the HPvp17 panel I was curious how this system I thew together just to play the oldies could hand modern games at that resolution. 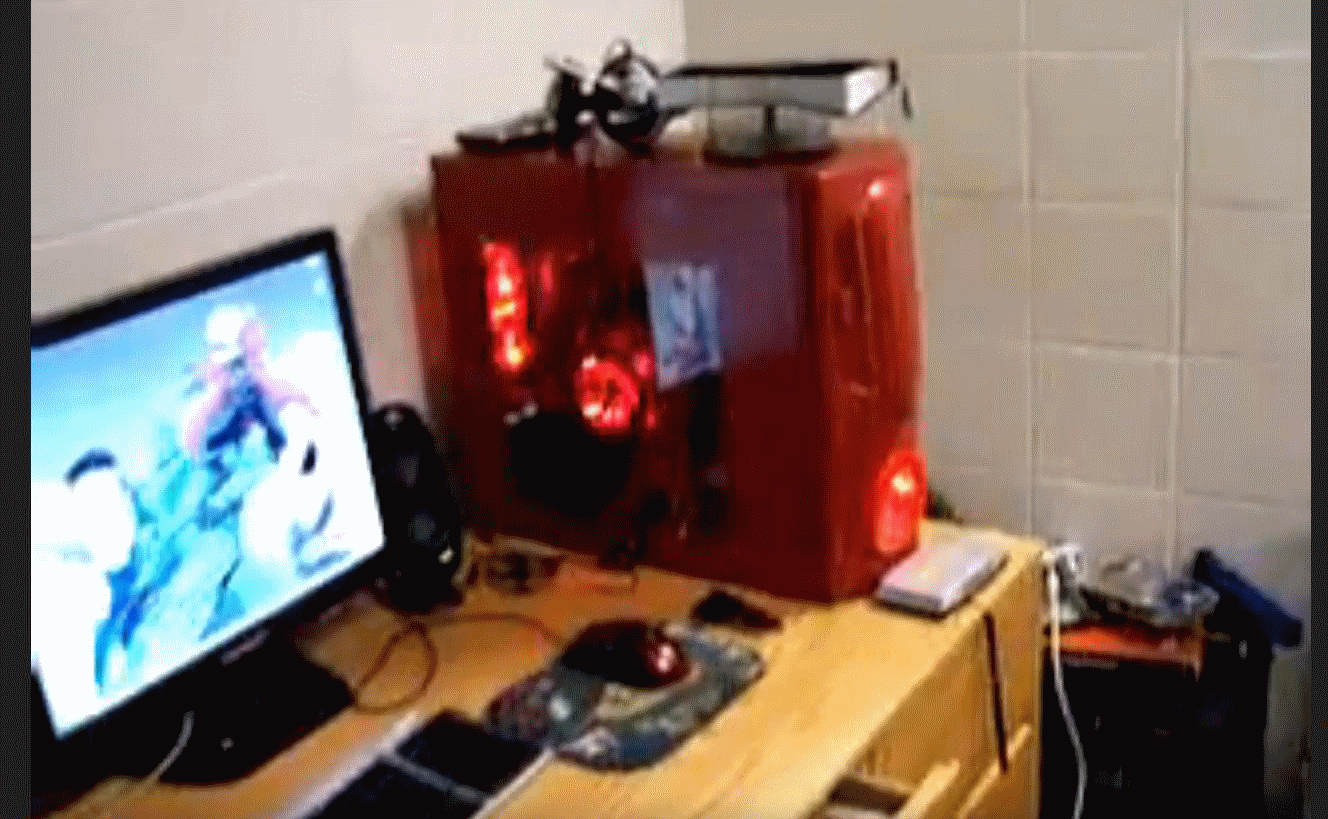 My desk from college with Samsung 19" LCD

So that's just what I set out to find out. Armed with nothing more than the Vega 11 to drive the graphics I wanted to see how more modern games ran at this resolution and if they even still supported the 5:4 ratio that has seemingly been left in the past.  Back in the mid to early 2000's the common resolution of 1024x768 was much like the 1080p of today and 1600x1200 was the high-resolution cream of the crop, but you would find 1280x1024 as the sweet spot for the high density 17" panel that resulted in much more crisp images than the bigger 19" version that blind folks like me would pick up. But don't let the seemingly low resolution put you off, you're still getting very close to 1080p in verticle pixels, but on par with 720p when it comes to horizontal pixels.

Playing modern games in a classic resolution was expected to be all over the place but I was pleasantly surprised by not only how well the games supported it but also how well they ran, more on that later. The biggest concern I had was if the games would even run so I started things off with one of the more modern games that's pushing DX12 as the API with The Division 2 and viola! it worked in 5:4 with no issues and I played it for a few hours without any problems, obviously, I gave up some peripheral vision but that's to be expected in this format.

But, that's not to say all games were sunshine and roses. Assassin's Creed: Odyssey and Resident Evil 2 forced the game into letterbox format resulting in the game actually running at 1280x720p which is kind of a bummer since you'll be forced into playing with black bars at the top and bottom.

Since this isn't a deep dive analysis of any particular game and shouldn't be confused with a review of the Ryzen 5 3400G since that was already completed in video format we're simply running through each of the games tested using the Low Preset for each game, some contain a Lowest and if so we still used Low, at 1280x1024.

High-end parts running 4K and wild effects are fun for sure, but not everyone is on that level or can afford to be there. I hope no one mistakes this for a guide but I'm sure there are those out there wondering how this particular thing could go and I hope this helps them out. I, for one, enjoy seeing what we can squeeze out of something as simple as a modern APU and see them as a valuable part of the PC Gaming world. I was very happy with most of the results here and some of the games show they have the headroom to crank up the detail settings and still have a good experience but some like Far Cry New Dawn are pretty much a no go here. To contrast the comment on FCND games like AC Odyssey and Shadow of the Tomb Raider finds themselves to be pretty enjoyable at that frame rate and resolution as they aren't as twitchy and are quite a bit slower paced. In the end, playing modern games on my classic purposed gaming system was a pretty fun experiment and I hope others find the concept entertaining as well.  I would like to ask the audience to share their interesting and non-typical uses for these types of parts.