Mirror's Edge Catalyst, the new entry of the series currently in development by DICE, has been in the works for quite some time, but details on the game have only started coming in recently. The game's official website has been updated recently with new details on the game, revealing some of the game's locations and the factions players will have to contend with. 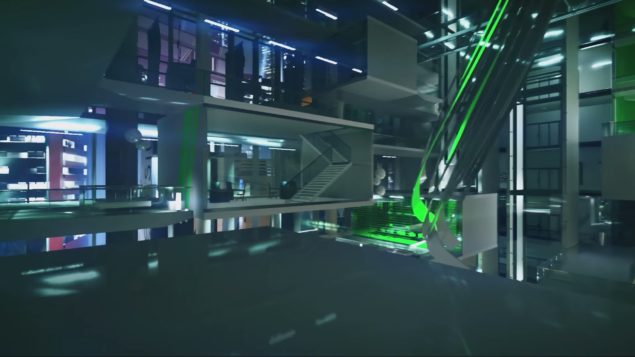 According to the Mirror's Edge Catalyst official website, the city of Glass, where the game will take place, is divided into different districts called Anchor, Downtown and the View. The three districts all come with different features that separate them from one another. 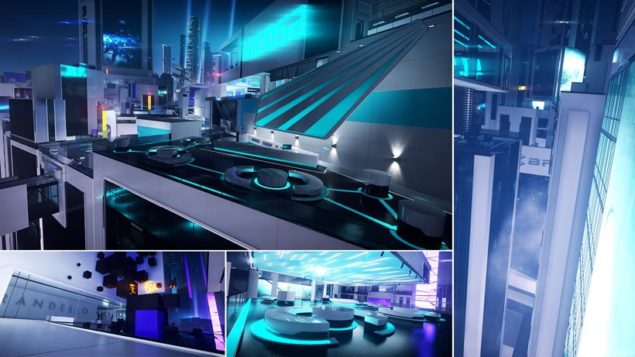 The Anchor district is one of the most affluent areas in Glass, its many tall buildings standing as proud heralds of the powerful corporations based here. Full of the city’s most popular nightclubs, young citizens make frequent visits to “The Anchor” for nightlife and shopping.

One spectacular construction project within Anchor is the gigantic Bauble Mall. When finished, the Bauble will be the most opulent shopping center in Cascadia - a true monument to the success of the Conglomerate way of life.

The Downtown district, which is located in the very center of Glass, is the modernized center of the city, featuring fashionable boutiques, the Elysium Corporation building and more. 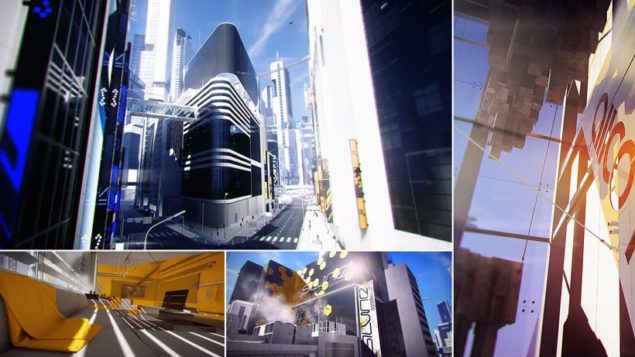 Located in the very center of Glass, Downtown stands as the proud modernized center of the city. Among the busy and dense streets you’ll find a slew of fashionable boutiques and notable sights like the Elysium Corporation building - home to the world’s leading medical research professionals.

There have been reports of illegal activities in this area; with so called “Runners” roaming the rooftops. Citizens should not be alarmed however; the nuisance is being effectively dealt with by KrugerSec personnel.

The third district, called the View, is a prosperous residential area which is considered to be the final step before getting invited to Sky City. 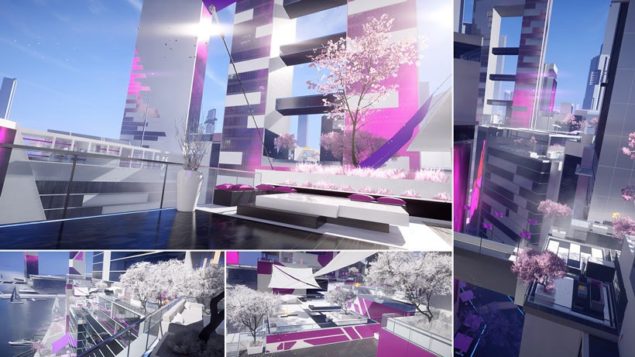 A prosperous residential area dedicated to "upwardly mobile" citizens, Ocean Glass View, or “The View”, is by many considered to be the final step before getting invited to Sky City. If you’re looking to get away from the intensity of Downtown or The Anchor, The View is well worth a visit. Here you can walk along the seaside promenade, picnic, and perhaps visit The Marina. On free days it’s not uncommon to see families enjoying the beach while their children play in the surf.

The Mirror's Edge Catalyst website has also revealed details on three different factions called The Runners, The Conglomerate and Black November. You can find additional details on them as well as a few screenshots by going here.

Mirror's Edge Catalyst launches this May on PC, PlayStation 4 and Xbox One.