Mirror's Edge Catalyst’s senior producer Sara Jansson, in an interview with Xbox One News, revealed that Catalyst will not be be completely open from the beginning. The City Of Glass will rather be expanding as we progress through the story and unlock new gadgets.

“It’s an expanding city that will open up more and more as you move through the story, a critique of the first game was that it was a little bit too difficult for a lot of people or a bit too frustrating, and we believe that just throwing players into a huge city to do what they want would have been a little intimidating, especially as our gameplay is pretty different from many other games.” 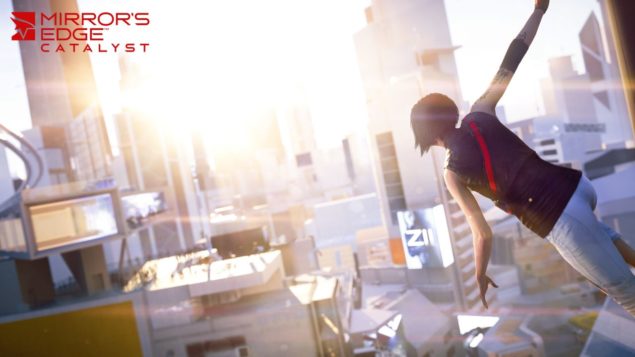 Mirror's Edge Catalyst removes the ability to use guns

The first Mirror's Edge, while it did not rely on gunplay, the player was given the option to use guns if the opportunity present itself. Mirror's Edge Catalyst, takes away that option.

"In Mirror's Edge Catalyst, you won't be using any guns at all,"

"We've completely removed that aspect of the game. You can't even pick them up."

"Faith will fight, but she doesn't kill,"

"Now the fighting is more of an extension of the movement. It builds on the flow. It fits a lot better with the game mechanics. When Faith is in flow, when she stitches together move after move without failing and keeps her momentum going, she's actually invulnerable to bullets. That can keep her out of harm's way. It's only when she stops that she can get hurt."

Mirror’s Edge Catalyst will be available on February 23, 2016, at retail and for digital download on Xbox One, PlayStation 4, and Origin for PC.