The first few minutes of Resistance 3

Resistance is another PS3 exclusive getting its 3rd part in the series this year, after the shocking ending of Resistance 2 which left players shocked people were beginning to wonder if there ever was going to be a Resistance 3? Well now the game is more than ready and is prepping for release later this year. I won't spoil anything for you but all I can say is this game will definitely be amazing. That is if Insomniac can work out all the bugs, glitches and problems out before the game releases. 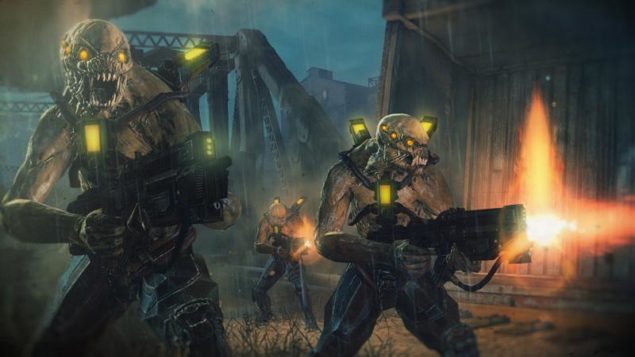 Resistance series has been one loss to the humans after another but it could finally be the end, following the events of 2 a cure for the Chimera virus has been found thanks to the death of a certain someone but let's just say that this game will come with 100% less Nathan Hale, the protagonist for the first two games and you will instead play as his squad mate (or Killer) Joseph Capelli.

This is humanities last stand against the Chimera as they have already taken control over majority of the world and are now hunting for the last humans, Capelli could be the last hope these people have of surviving a long and tough Chimera war. While I am still not used to the idea of Hale-less game I am willing to try out Capelli and see how he influences the story and how people he meets along the way see him.

Capelli is now a family man and he is more inclined on seeing them survive this Chimera nightmare more than anything. If the endings of the Resistance games has taught me anything it's that there is always a spectacular boss battle to keep you entertained while the rest of the base explodes.

If you haven't already played Resistance 1 or 2 I highly recommend you do, while it may not be the next Call of Duty it does however have a very interesting story line to keep you entertained throughout the experience.