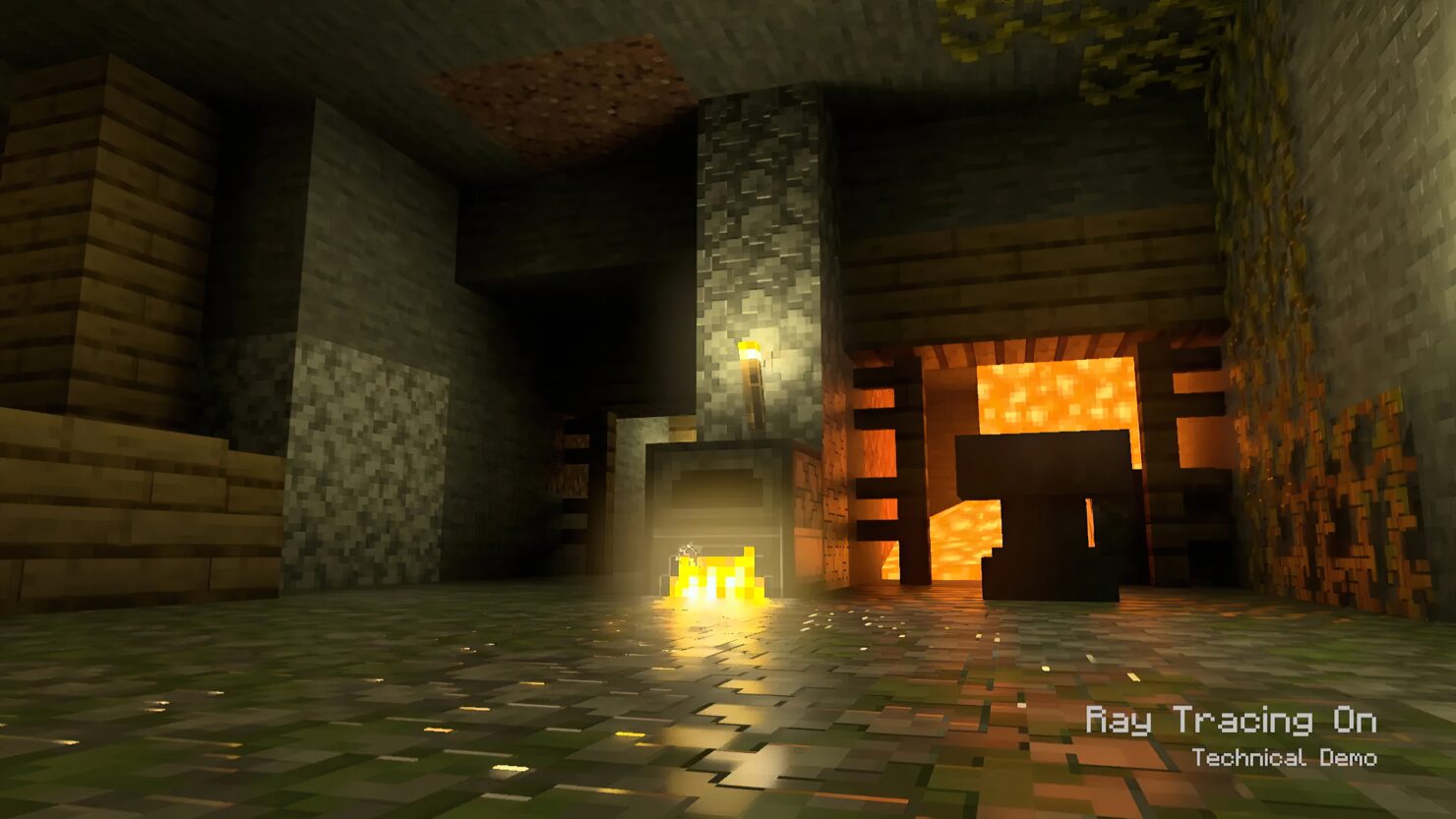 Earlier this week, when a Minecraft Preview build update added early ray tracing support to Minecraft Xbox Series S|X, fans speculated the highly anticipated graphics update would be coming soon. That's not actually the case, though, as clarified by Microsoft on the official Minecraft Twitter account.

Needless to say, this was confusing news for Minecraft Xbox fans who were hoping that Microsoft and Mojang would finally deliver on the promise of the Minecraft Xbox Series X ray tracing demo, first showcased by Digital Foundry back in March 2020.

At the time, Digital Foundry had visited Microsoft HQ ahead of the Xbox Series S|X launch. Senior Staff Writer and Producer maintained today that he saw the demo running on a live Xbox Series X unit, which makes it all the more puzzling to understand why Microsoft and Mojang are still this coy about Minecraft Xbox getting ray tracing support over two years later.

Yes we saw it running on an actual Series X unit..but also, this is in reference to the feature unintentionally showing up this week. You could enable it on Series X (and S...but it was slow).

Windows 10 PC gamers have had the opportunity to play Minecraft RTX for almost two years now, though. Developed in conjunction with NVIDIA, it supports ray traced GI, reflections, and shadows.

Games are traditionally illuminated by precomputed lightmaps, Image-Based Light Probes, Spherical Harmonics, and Reflective Shadow Maps, plus artist-placed lights to help force illumination where the aforementioned techniques fail. And while the results look great, the techniques used have several shortcomings, the biggest of which being that dynamic lighting fails to bounce or illuminate beyond the area that the light hit.

With path tracing, we can accurately model the dynamic indirect diffuse lighting reflected by one or more indirect bounces off of surfaces in the scene, and have it interact and interplay with other ray-traced effects. Imagine, for instance, sunlight beaming into a castle through multicolored stained-glass window blocks, refracting, illuminating all corners of the room, reflecting off the shiny marble floor, and brightening surrounding detail, causing new contact hardening shadows to be cast from objects.

In Minecraft with RTX, path tracing adds ray traced reflections throughout each world, allowing us to reflect every detail, every mob and NPC, and every other visual effect, for pixel-perfect reflections. And using the PBR texturing system, we can vary the level of reflectivity on different blocks, allowing for a wide range of looks, giving us perfect mirrors, smooth water-based reflections, and surfaces with rough and coarse reflectivity.

With our unified path tracing lighting model in Minecraft with RTX, every aspect of each world realistically and naturally casts shadows, and is shaded and darkened by shadows cast upon them. Shadows soften and harden depending on the distance from the shadow caster, mobs, NPCs and new blocks block light and cast new shadows, and newly-placed light sources (torches, illuminated blocks, et cetera) cast new light that creates new dynamic shadows, and affects existing shadows and shading. Most impressive of all, every single leaf in a tree’s leaf block casts its own individual shadow, adding truly wondrous shadow detail to your worlds.