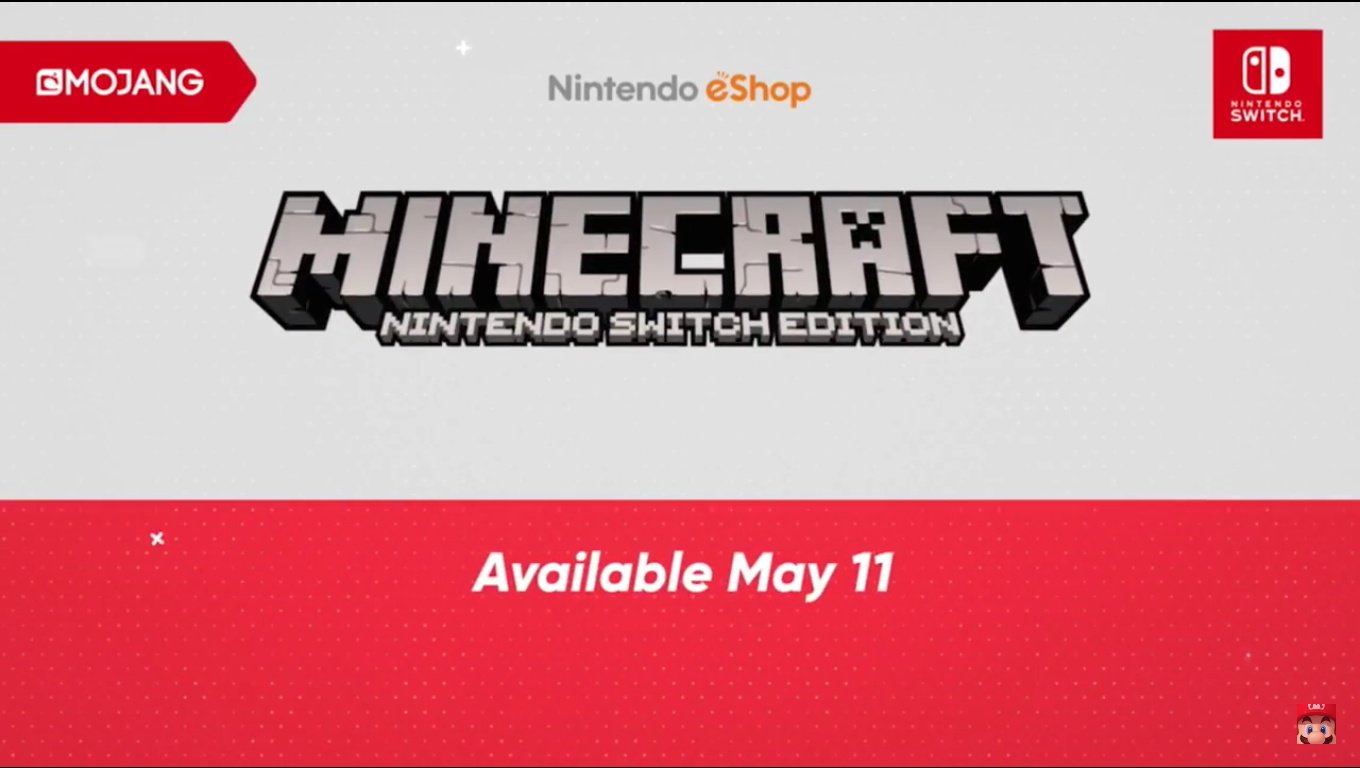 Minecraft Nintendo Switch Edition runs at 60FPS in portable mode and its world is “medium” sized compared to the PS4/XO versions. Furthermore, the development team is working on Wii U to Nintendo Switch world transfers.

That’s what was revealed during a recent Microsoft Minecraft stream yesterday. It appears that Microsoft has some problems streaming the direct feed, but off-screen footage was shown nonetheless.

Some interesting Minecraft Switch tidbits were revealed, including the game’s framerate on Nintendo’s new hybrid platform and the game’s world size. Based on the off-screen footage, Minecraft will run at 60 frames per second in portable mode, and this is quite amazing considering the Vita version ran at roughly 20-25fps.

The game’s world size is “medium” compared to the PS4 and Xbox One (large) versions, which translates to a size of roughly 3072x3072. On PS Vita, PS3, Xbox 360, and Wii U, the world’s size is 864x864, which means that Minecraft’s world size on the Switch is approximately 13 times bigger than that.

Development for the Switch has been rather easy according to Microsoft, and the game will be on par with Minecraft’s January update when it releases next month. Following its release, the game will quickly be updated to the other versions of the game.

Minecraft: Nintendo Switch Edition will release digitally on May 11, 2017. A physical release will follow later on.