Mighty No. 9 Gets a New Release Date, Demo Comes to Humble Bundle

Mighty No. 9, a game that's had it's share of delays, finally has a new release date in addition to the demo being available via Humble Bundle.

Hey Mighties! We have two big announcements for you! The MN9 Demo is LIVE on Humble Bundle. And we have a new release date!

Mighty No. 9 is releasing February 9th 2016 in the US and February 12th worldwide.

The development of Might No. 9, the spiritual successor to MegaMan by its very own creator, has been fraught with it's own share of misfortune over the past few months, the future is finally looking quite bright. The playable demo is finally out to all who pre-ordered and a proper release date is set and development goals seem to be on track.

For everyone who pledged to the requisite level, you can log into Humble Bundle using the email address that you have associated to your Kickstarter or Paypal pledge and a special download link for the demo will be available. All the specifics about how to redeem the demo are here. You are also free to make videos and stream any kind of MegaMan-esque antics.

Now we'll see Mighty No. 9 continue on our robotic running and gunning dreams on PC, PS3, PS4, Xbox 360, Xbox One, Wii U, PS Vita and the 3DS on the 9th of February in the US and then on the 12th of February for the rest of the world. 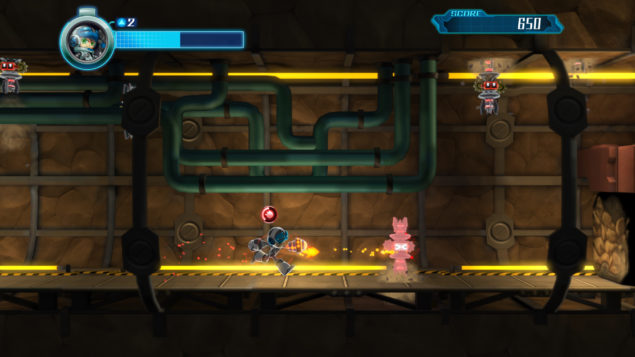