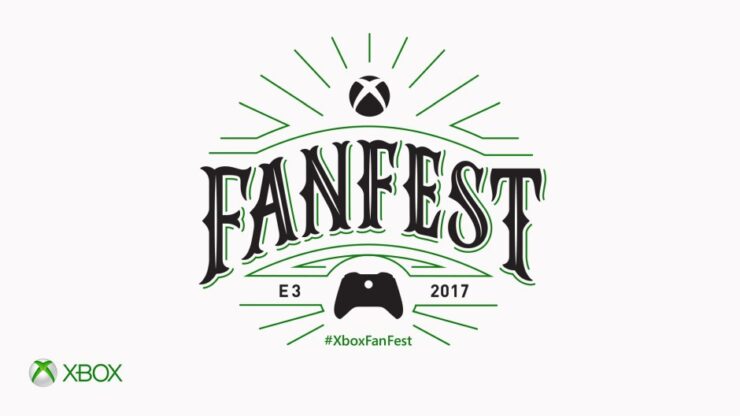 Like previous years, Microsoft has announced the Xbox E3 2017 FanFest, which will kick off on Sunday, June 11.

Microsoft’s exclusive Xbox showcase will run through Tuesday, June 13th and up to 500 fans are allowed access. Like previous FanFest’s, those who want to experience the event, will need to have an Xbox Live gamertag and be over the age of 21. However, unlike past years, Microsoft will now be using an online registration process.

Here’s how it’ll work: 400 of the 500 tickets will be available first-come, first-serve starting this Wednesday, April 19. Tickets will be released in drops throughout the day, with the first drop starting at 6 AM PT. Stay glued to #XboxFanFest and @Xbox on Twitter for when those drops occur! Please note that you will need to have a credit card to hold the ticket. There is no charge to reserve a ticket but cancelation fees will apply. The remaining 100 tickets will be distributed through a variety of other promotions/giveaways. Follow #XboxFanFest on Twitter for when some of those promotions start.

Those lucky enough to be granted access to the showcase, will have exclusive early access to Microsoft’s upcoming Project Scorpio, new games and more.

We’re also excited to share information on more of what you’ll receive if you’re one of those 500 lucky fans. As in previous years, you’ll get entry into the Xbox E3 2017 Briefing on Sunday, June 11, at 2:00 PM PT, in downtown Los Angeles, as well as a custom-built backpack full of gaming swag. Attendees will also get “Early Access” to Xbox’s hottest exclusives, Project Scorpio, and our biggest blockbuster games at a private event on Monday evening, June 12th.

Microsoft will be holding its E3 conference on Sunday, June 11 as well. During the media briefing, Microsoft will likely fully unveil Project Xbox Scorpio. As always, we will keep you updated.