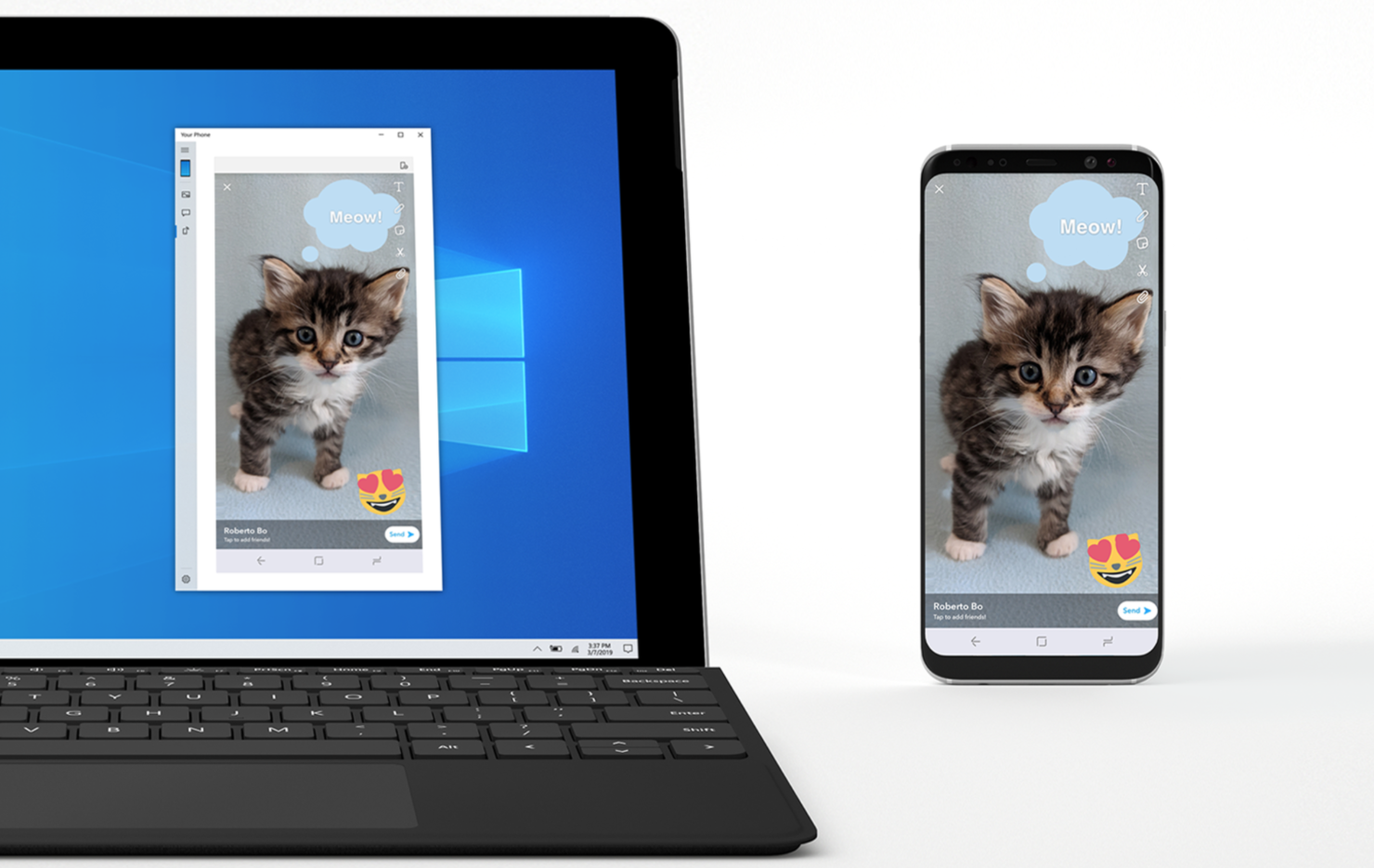 Many Apple fans argue that one of the biggest reasons they don't even consider getting a non-Apple product is its ecosystem. The company designs products that not only look great and work great, but they also work together in quite a seamless way. Since ditching its Windows 10 Mobile efforts, Microsoft has been trying to offer a similar (or even a better) ecosystem by enabling Android to work with Windows 10.

The company previously introduced its Your Phone app that allows you to access your phone's photos and texts on your Windows 10 devices. It now appears that the Windows maker is working on expanding this feature to third party apps on Android phones.

Earlier, the feature was spotted on Twitter, where the description read: "Bring your phone's screen to the Your Phone app and control all your apps from your PC. You can use your mouse and keyboard to help you interact." 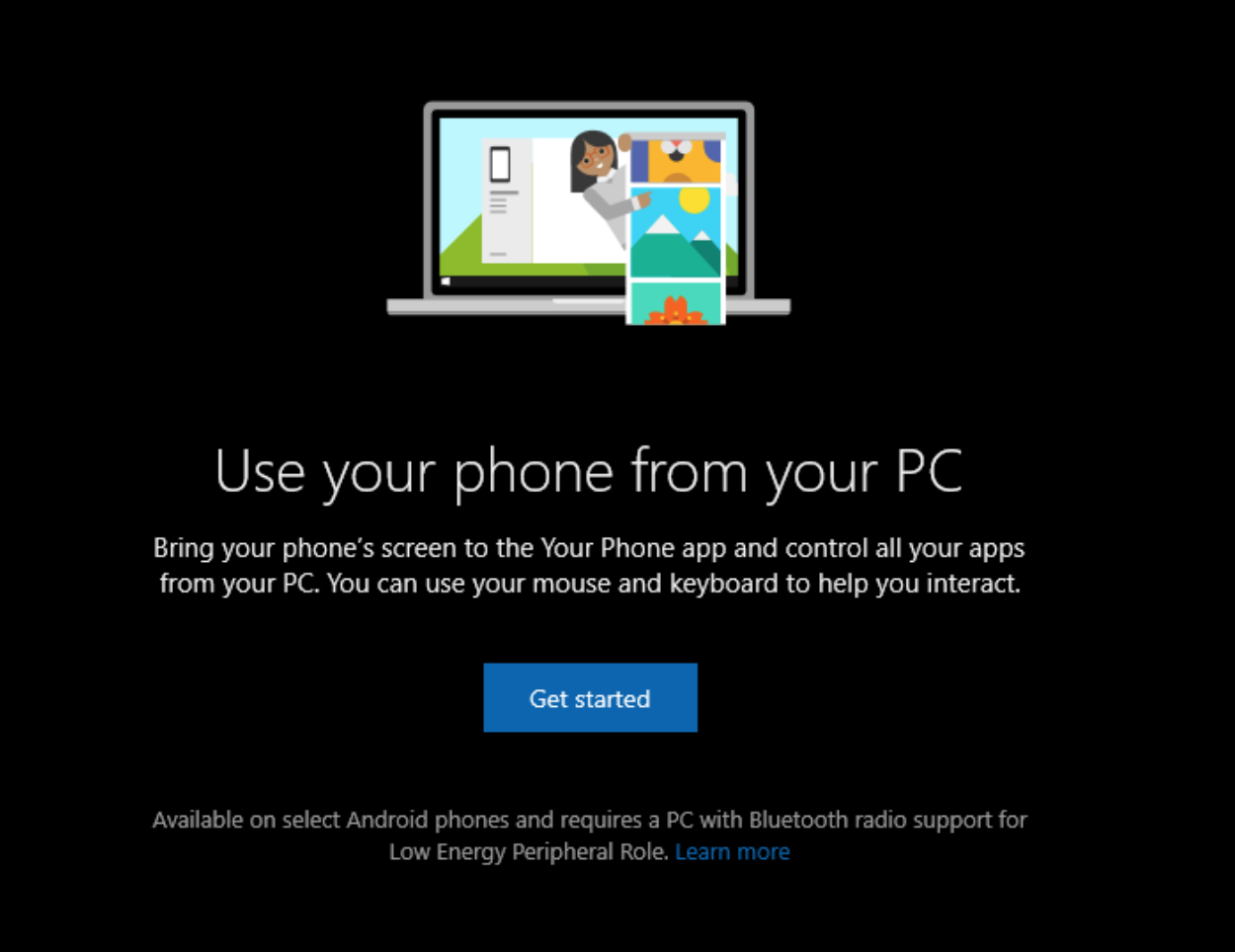 Microsoft has now confirmed that Windows Insiders can now test these extended features. The company writes:

We are excited to provide an early preview into the newest feature for the Your Phone app – phone screen. You can now mirror your Android phone’s screen directly on your PC without having to dig for your phone.

The feature would take Your Phone app beyond accessing photos or getting notifications, since it will offer you to mirror your Android screen on your desktop. The notifications won't pollute your Action Center and dismissing them in the app will also dismiss them on the connected Windows 10 devices.

The Windows maker says that the feature will initially only be available to a select few Galaxy devices running Android 7 or later. These include:

As for the Windows 10 machine, it will need to have Bluetooth with Low Energy Peripheral mode on their systems to mirror phone screen. You can check whether your PC supports this by following these steps (via MS):

If it's true, then you are good to go as long as you have a supported phone and Your Phone app installed. You will also need to have a Windows 10 PC running the latest Insider builds.  Microsoft has said build 18335+ is recommended to run this feature.