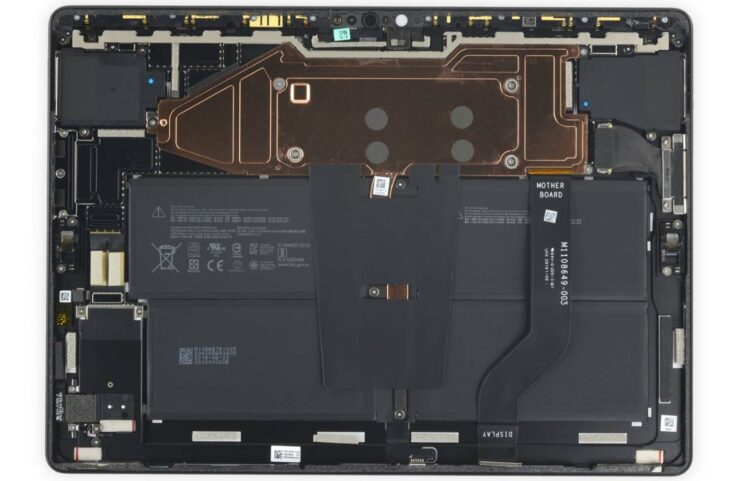 The Microsoft Surface Pro X is a return to the company’s goal of using ARM-based chips inside its Windows 10-powered machines. Thanks to its custom SQ1 silicon, which is based on the Snapdragon 8cx, Microsoft’s latest 2-in-1 can compete with low-powered ultrabooks. Now, the question is, how easily can it be repaired? The answer lies in the latest Surface Pro X teardown, and here are all the details you should know.

The Surface Pro X Teardown Might Show Microsoft’s Latest Slate Is Easy to Repair, but Removing the Battery Is Still an Uphill Battle

Before iFixit published its Surface Pro X teardown, Microsoft highlighted that users could replace the SSD, which is present behind a pop-up door place next to the SIM card. Removing it is as simple as removing a single screw, but be warned that the Surface Pro X only uses an SSD of an uncommon form factor and not the ones that you normally see in Windows 10-powered ultrabooks or gaming notebooks. In addition, there are a bevy of changes that owners will find a welcome change since these changes make the iPad 7 a ‘pain in the neck’ to repair. 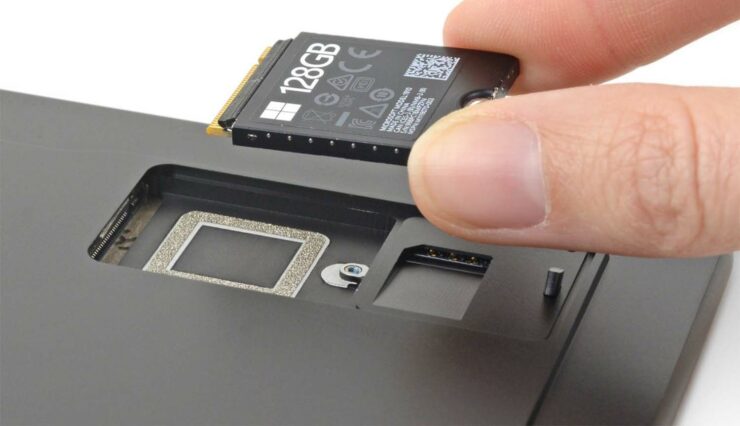 Taking apart the Surface Pro X was a breeze according to iFixit since all the screws holding the components together in place are the standard Torx variant. The display assembly is held together by foam adhesive, with the slate featuring modular USB and Surface Connect ports. In short, if anything happens to go wrong with these, the Surface Pro X teardown shows that it is very easy to replace these components without taking apart the entire machine.

Unfortunately, there’s always has to be a roadblock of some kind, and with the Surface Pro X teardown, we have the battery, which is extremely difficult to remove. In case you need to remove or replace the battery due to continuous wear and tear, it will require you to disassemble the Surface Pro X completely. In short, iFixit gave its latest strip down process a repairability score of 6 out of 10, making the Surface Pro X the most user-serviceable-friendly machine that Microsoft has made that belongs to its Surface family.

Be sure to read iFixit’s final thoughts of the Surface Pro X teardown so you know what to expect in case something happens to your Windows 10 2-in-1.

To the extent that screws are used, they are all standard Torx fasteners.

Many components are modular and can be replaced independently.

(Almost) all repairs require display removal, with an improved procedure that needs no heat, but necessitates careful prying.

The battery is firmly glued in place, with its connector pinned under the motherboard—requiring near-total disassembly for service.