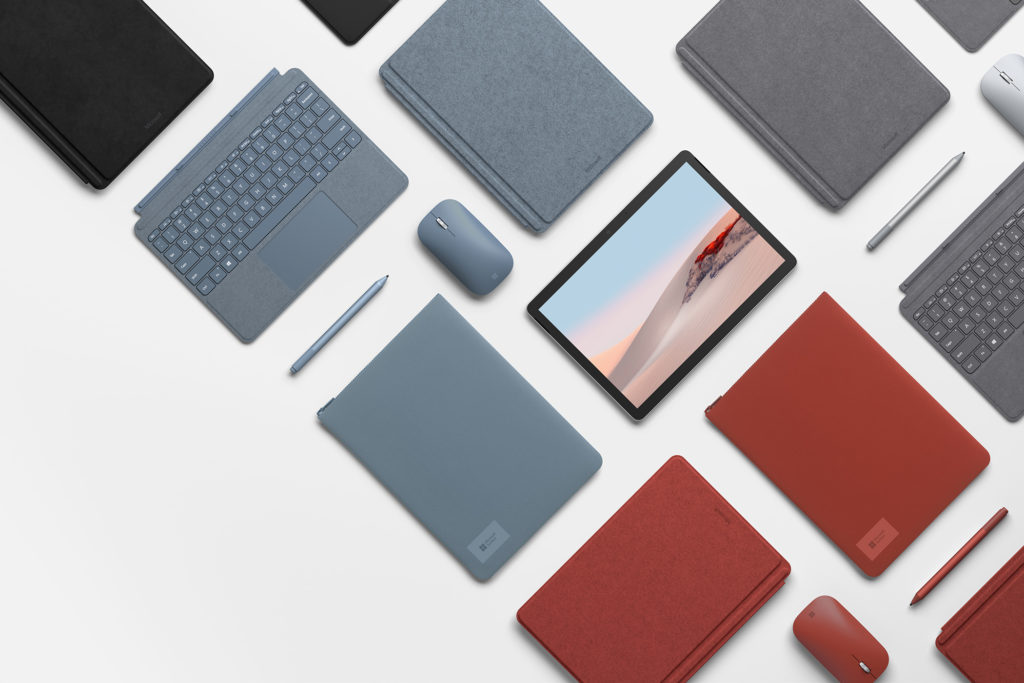 The Microsoft Surface Go 2 is finally official. For those who do not know, the original Surface Go was released to cater to an audience which is looking for a device that allows them maximum portability, but still delivers performance that is pretty good, to begin with. Microsoft has gone ahead and released the Surface Go 2 along with a slew of other devices, and this time, we are getting an improved overall functionality.

Now as far as the design is concerned, the Microsoft Surface Go 2 looks a lot similar to the original; the company has stayed true to the design elements. Which means that you are getting the same slim design language as well as overall lighter weight, too. However, this time around you have a larger 10.5-inch display which Microsoft has dubbed PixelSense. Additionally, the company also promises an improved battery life, and more importantly, the 8th generation Intel Core M processor that is 64% faster.

The Surface Go 2 also comes with Studio Mics, a dual-microphone solution that is great when it comes to increasing microphone clarity as well as reducing background noise. Considering how video conferencing has become such an important part in the new normal routine, having this feature is great. Additionally, the Surface Go 2 also has a 5-megapixel front-facing camera that is capable of delivering sharper video in low light situations. Microsoft seems to be focusing on camera here since they have added a new camera app for the rear camera that will help people scan documents and whiteboards with ease.

The Surface Go 2 also supports the Surface Pen, which allows people from a distance to learn with ease. Whether you are making documents, drawing something diagrams, or just taking notes, the new Surface Pen should make that easy for you.

You can check the official video that Microsoft has posted about the Surface Go 2.

Microsoft will allow you to personalize your Surface Go 2 using Type Covers, Sleeves, as well as various accessories in a plethora of colours. At the time of wiring, you have the option to choose from Black, Poppy Red, Platinum, and Ice Blue. Surface Go 2 will be available to purchase starting 12th May, later this month and will cost $399.

Will you be getting your hands on the Microsoft Surface Go 2? Let us know your thoughts below.