Microsoft has officially announced their latest Surface Pro 3 tablet which is aimed to replace the laptop form factor with a new and more robust design scheme. Running Windows 8.1 and sporting a 12.0 inches screen, Microsoft's Surface Pro 3 is the thinnest Intel Core processor based device available in the market as claimed Microsoft.

First off the technical bits, It was already reported that the Surface Pro 3 would be available in several variants. The prices would range from $799 US on the base model moving up to $1949 on the fastest Core i7 model. The fastest Core i7 variant comes with 8 GB of memory, 512 GB storage at a price of $1949 US, the $1549 variant comes with Core i7 processors, 8 GB of memory but 256 GB storage, the $1299 US variant comes with Core i5 processor, 8 GB of memory and 256 GB storage, $999 US variant features the Core i5 processor with 4 GB ram and 128 GB storage while the base model will come with the Core i3 processor featuring 4 GB memory and  64 GB of flash storage at a price of $799 US. All Surface Pro 3 devices are based on the Intel Haswell Core processor architecture which has shown its strengths in the power efficiency sector.

The Core i5 model is mentioned to be the Core i5-4300U which operates at 1.6 GHz and turbo boosts up to 2.90 GHz and features the HD Graphics 4400 from Intel. This chip is coupled with 4 to 8 GB of LPDDR3 memory. Other features include Bluetooth 4.0, MicroSD card Radar, Nine hours of web browsing battery life and TPM 2.0 (trusted Platform Module).

Interestingly, the design showcased by Microsoft over at the event showcases a SOC design for the processor which features a small fan that is 30% more efficient than other fan in any product shipping today. Due to the design and custom parts used for the development of this fan, it will never be heard and feel as if the Surface adopts a fanless design. The design is interesting and Microsoft has promised a 10% performance improvement over Surface Pro 2 with the new Core processors. With new Core technology, the Surface Pro 3 is able to give 20% more battery life than previous generation Surface tablets.

As for the design, the Surface Pro 3 tablet will feature a 12 inches screen with a display resolution of 2160 x 1440 with a aspect ration of 4:3 and 4K when connected to the external dock. The tablet is only 9.1mm thin making it the most thinnest Intel Core based product ever released and weighs at just 800g which is lighter than Apple's Mac Book Air. The tablet also comes with a full friction multi-position kickstand which can be set to any angle with 150 degree being the max angle achieved with the device. Microsoft has also introduced new type covers in different colors which will make user personalization even more better. The tablet also comes with USB 3.0 and Stylus which makes writing on the device a better and refined experience.

Following image is courtesy of AnandTech: 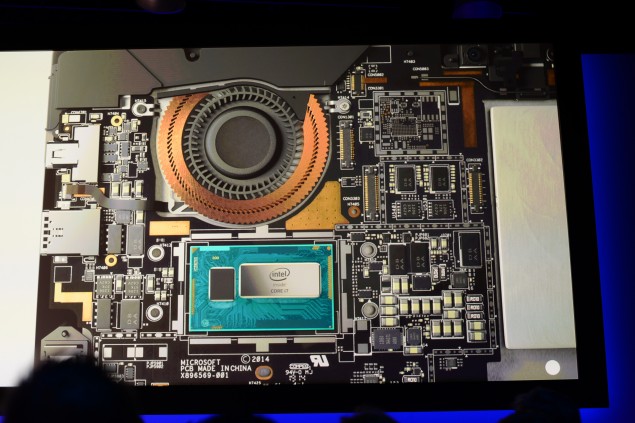 Starting at an estimated retail price of just $799, Surface Pro 3 will be offered in multiple configurations featuring 4th-generation Intel® Core i3, i5 and i7 processors. Specs are available here .

Surface Pro 3, Surface Pro Type Cover and Surface Pen will be available for pre-order2starting May 21 at 12:01 a.m. EDT through Microsoftstore.com, Microsoft retail stores and select third-party retailers. Commercial customers should speak to their authorized reseller.

Beginning June 20 in Canada and the United States, customers can visit Microsoftstore.com, Microsoft retail stores, select third-party retailers and commercial resellers to purchase Intel® Core™ i5 Surface Pro 3 and select accessories. Additional configurations will become available during August, and additional accessories will be available in the next few months. 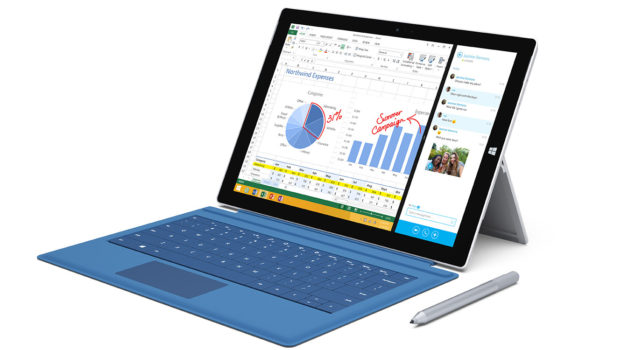 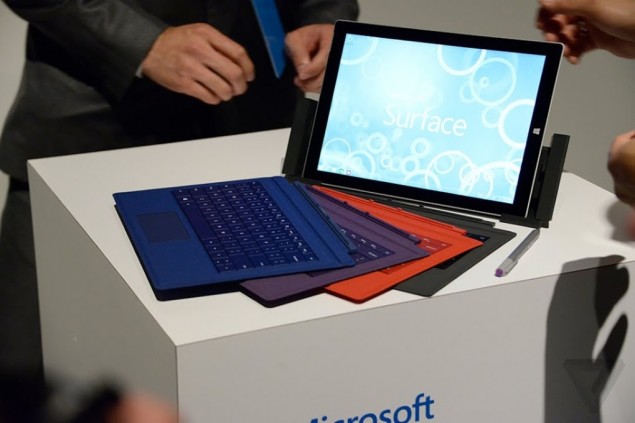 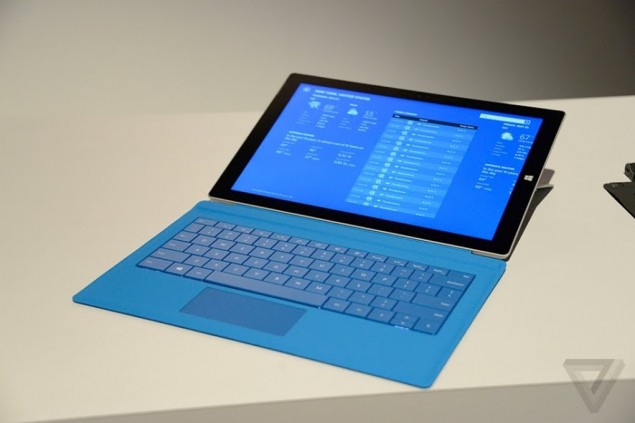 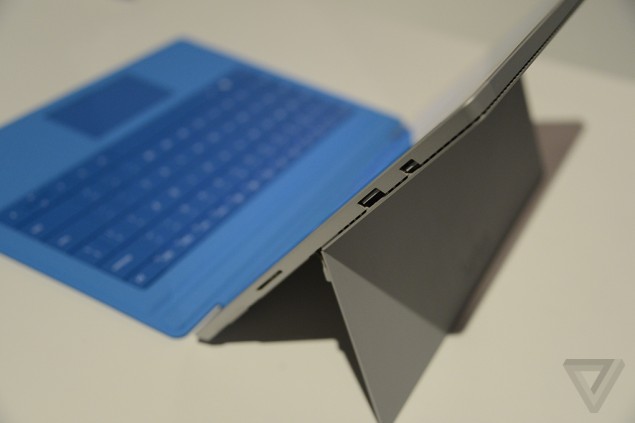 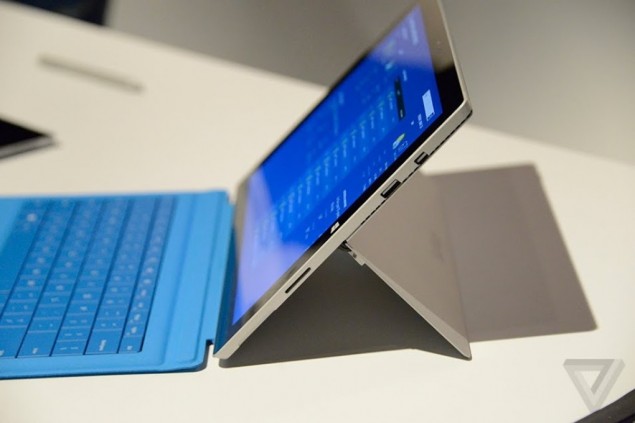 Blockbuster Offer! Surface Duo Is Down to Just $409.99