In the initial months after announcing its latest eighth generation video game console, one of the things that Microsoft boasted the most about was Xbox One Cloud. Less in a way, but the platform holder still actually talks about the potential that lies in marriage between cloud technology and video game streaming, and recently speaking at Develop, the Redmond-based company talked about the power of Xbox One Cloud, and via a blueprint, the company explained how cloud computing can enable massive multiplayer games. 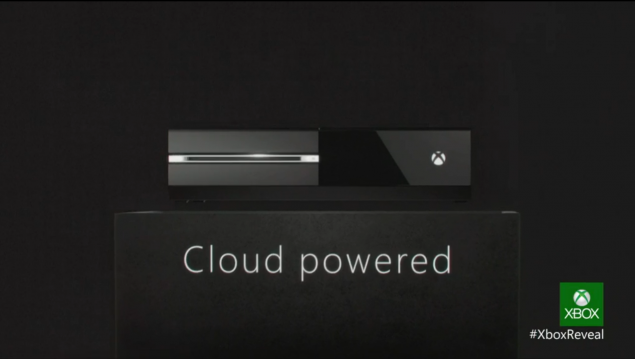 We are around more than a half year through the launch of Microsoft's latest console, and after all those Cloud computing talks, we still have not seen Xbox One Cloud in action, besides one technical demo of course, however, Microsoft keeps the memory alive by occasional informative sessions on how Cloud computing can change the way we play video games. Recently, Microsoft's Rob Fraser talked about the potential of Xbox One Cloud and the company's Azure servers at Develop Conference.

The American platform holder also released a blueprint and Xbox One Cloud flow layout explaining how the Cloud enables massive multiplayer games. The blueprint explains the Cloud flow by taking Wordament as an example. This smartphone game is played by players around the world in two-minute round, and the blueprint shows how at the end of each round, players are ranked. The system then outputs a list of optimized results which includes best words, best of the hour, best of the day and best of the week.

The blueprint also explains how the Cloud computing can be used to collect all the game data and scores from different players in a Game Room, and how the Microsoft's Azure Cloud SQL servers store all this information and data. It is also clarified that for all this process to happen, the player must be verified via Xbox or Facebook account. Most of the stuff explained in the blueprint won't get to everyone here because it is kind of technical jargon, however, the image Cloud Flow chart shared below might help you to get the point. 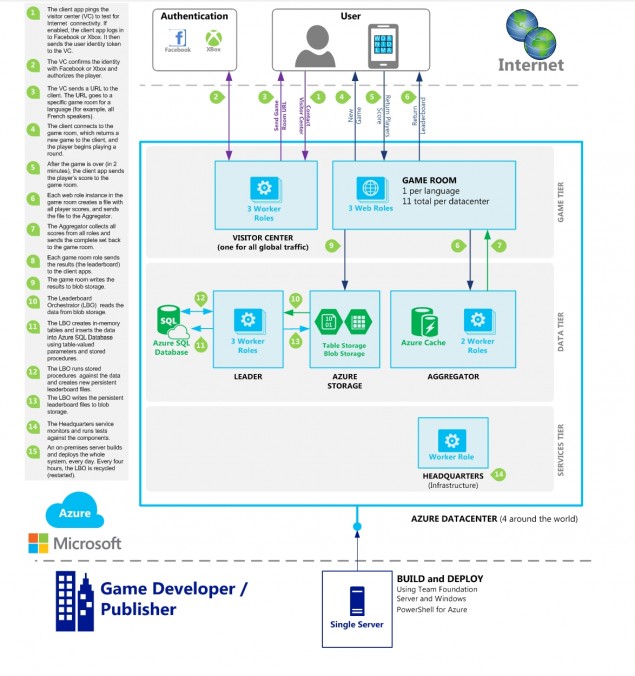 The blueprint can be downloaded from here in PDF format. What are your thoughts on Xbox One Cloud and the power of Cloud computing? Let us know in the comments section below.