On its release, XBox One was termed as the machine of the future with all the new features and introduction of some enhanced features like the major improvements in kinect. Microsoft proposed that this generation was a bit more than just plain old gaming hence we witnessed a base console surrounded by entertainment, applications and connected experiences, all in one place. This was a somewhat successful fusion between hardware and software, one which attracted instant popularity from the masses. 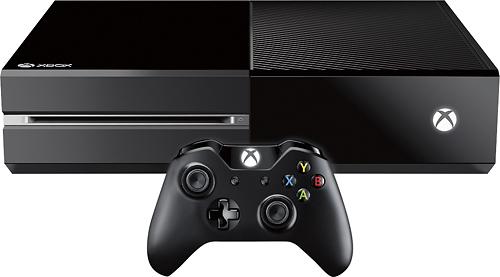 More recently, its bulkiness has been called into question, even though the device was created so as to easily blend with the household components and does exactly that with it's lack of visual flair (not a very good idea for someone who wants to show off), still an entertainment device should have a catchy design. Hence the man responsible for it's design, Carl Ledbetter, has responded to the complaints. He replied that while he does understand the bulky design of the device, it was justified.

“Everybody gets frustrated,” said Ledbetter, “because what we want is for everything to be wafer thin, not get hot and just be a snap to put together. But the reality is that there are very real issues around cooling when you’re pushing some number of watts in the processor, therefore the thing has to have some size to it.” And that's true, given that the device has very few instances of heating up and that a gaming device needs its space for cooling or it compromises on the quallity of the product. He added: “It really does matter. For us, it is about creating a very consistent and seamless experience that is reliable, so that when you see it, it is already starting to communicate aspects of the brand, and when you go into the user experience, it fulfills your expectations.”

Furthermore, he also went into specifics of designing the product for the 'user experience' he pointed out saying "It’s called designing with constraints, and constraints create very real things for people to go after and solve. Blue sky can get a little tough because it is limitless and it’s boundless" No one can argue with the popularity of the Xbox One in the market with its rapid growth in the market which is still inferior to the 360 and the PS4. But one also feels that if PS4 can provide a somewhat (arguably) equivalent experience with their slimmer and catchier version, than so can the Xbox team.