Microsoft seems dead serious about bridging the gap between tablets and laptops. Previously, we reported that the upcoming Surface Pro 4 will be releasing in October and will be sporting Skylake processors instead of Intel’s Broadwell lineup. While we believe that Surface Pro 4 is going to sport a 12 inch display with a dense resolution, Microsoft might not stop there. The firm is also planning on releasing tablets in the future that will be sporting screen sizes above the 12 inch limit. 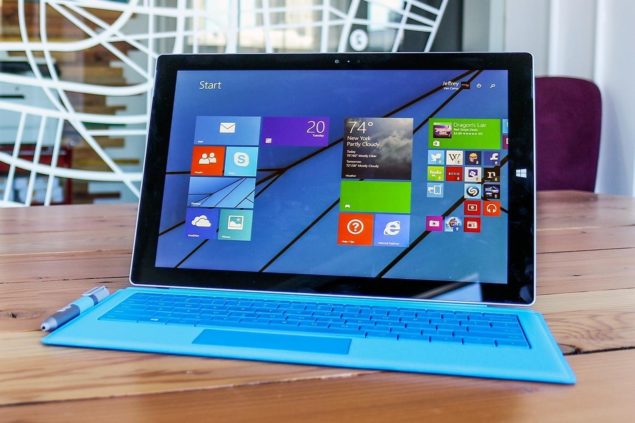 According to the latest report featured on Microsoft-news, the report states that Microsoft Surface tablet “will feature a large size display.” In terms of tablet form factors, 12 inches is still a monumental screen size, and as of right now Microsoft has not detailed as to what size the company plans on classifying its tablets as ‘large’. Like always, we are going to have to wait for Windows 10’s official release date in order to get to know more about the firm’s plans.

Now, according to DigiTimes, the first paragraph states the following:

“As demand for tablets has been weakening, tablet brand vendors worldwide have been adjusting their strategies for the product line. Apple and Microsoft are both planning to release large-size tablets or 2-in-1s with disaplys bigger thatn 12-inch, while Asustek Computer and Samsung Electronics are pushing inexpensive high-spec models. Hewlett-Packard (HP), Acer and Micro-Star International (MSI) have turned to the industrial tablet market.”

Now just because DigiTimes has reported this does not mean the website has found out about Microsoft and its plans. In fact, the software company has partnered with Acer in order to release affordable Cloudbooks. These Cloudbooks are going to target the market that Chromebooks have been able to accumulate for themselves, with the only difference being that the upcoming machines will be powered by Windows 10.

As for these ‘larger than 12 inch’ slates, we are going to have to wait for details to pour it in order to provide a more thorough assessment. For now, take this information with a grain of salt.