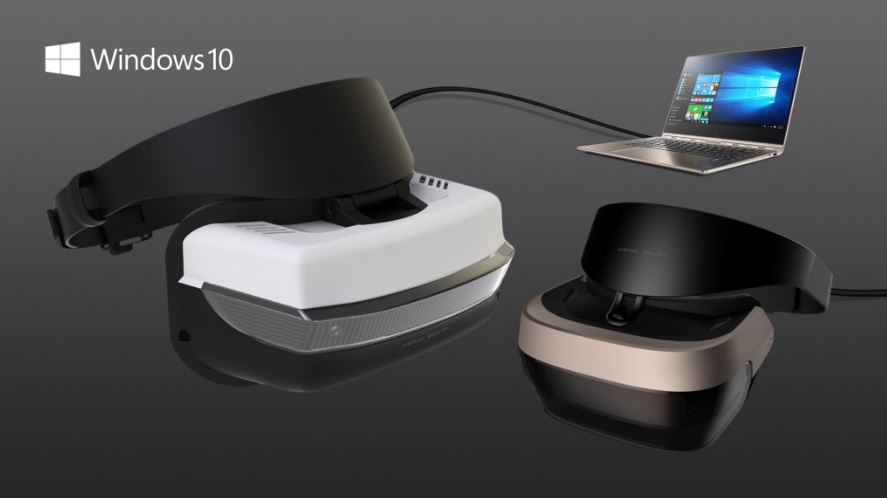 Microsoft's Surface PC event is happening and the company has announced new hardware as well as updated its software platform. The company also unveiled a new Paint 3D app that lets you create, import and share 3D content with ease. Other than this, the company has announced that it will partner with top PC manufacturers to ship a new line of VR headsets. These will take advantage of Windows 10's VR and holographic capabilities.

At today's event, Microsoft emphasized that these partnered headsets would start at just $299. The virtual reality headsets will carry the tracking sensors, which will eliminate the need to own separate laser systems and cameras like those found on the HTC Vive or Oculus Rift.

So who is Microsoft considering to be its partner in the program? Dell, HP, Acer, Asus, and Lenovo are all included as its partners to ship the loaded innovative VR headsets. There is an edge if you consider buying these upcoming headsets. They start from just $299 compared to the Oculus Rift and HTC Vive.

We’re partnering with top PC makers to build a range of innovative VR headsets starting at $299. Coming in 2017. #MicrosoftEvent pic.twitter.com/pMnFbJFZe6

Keeping this aspect aside, there's very little detail available on what can we can expect from the headsets. All of Microsoft's listed partners are working on VR technology. Even though HP and Dell currently do not own their own headsets, both of them produce backpack-mounted PCs. Moreover, these companies also lack what HTC, Sony, Samsung and the Facebook-owned Oculus have achieved. Basically, they're new to the category and have not left any kind of major mark on the industry.

The six-degree-of-freedom tracking system is more or less something we're already familiar with. It matches that of the Oculus' Santa Cruz prototype which also happens to feature inside-out tracking system. However, they are not to be confused with the HoloLens, which is an augmented reality headset that mixes the digital world with reality.

Microsoft also announced a handful of new hardware and software updates. If you've missed out, visit us for an in-depth review on them. As for now, what are your thoughts on Microsoft's partnership with top PC manufacturers to build innovative VR headsets for cheap? Share your thoughts in the comments.