Although it is true that colorblindness is not a debilitating condition, it is a lot more common than we would expect. About 8% of the population is said to be suffering from it and probably may not even know it. Some may just shove it aside by wearing tinted glasses that helps them in distinguishing colors. Microsoft now has a simple solution for this.

Microsoft has just tested an app by the name of Color Binoculars which is specifically designed to help the colorblind population see the world a little clearer by helping them distinguishing between colors.

“It’s an app that helps colorblind people distinguish color combinations that they would normally have trouble telling apart,” explains Tom Overton, a software engineer at Microsoft.

Tom Overton himself is colorblind so he joined forces with Tingting Zhu, another software engineer at Microsoft, adamant on finding a solution to this problem.

How will Microsoft's new app work?

People with colorblindness cannot tell apart different wavelengths of light. So what the app does is use the phone camera as a lens through. It uses different filters and the iPhone’s camera to help differentiate colors, and not just identify the colors themselves. 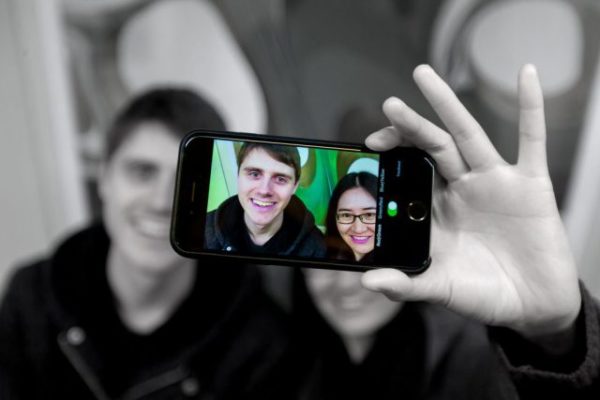 “We read about special lenses that helped colorblind people distinguish colors,” says Tingting Zhu, who works on the Azure active directory at Microsoft. “However, that’s expensive. So we thought, let’s code something on a phone for free.”

The duo has managed to attract a lot of attention through this idea which they just experimented on for the first time using an iPhone. Both of them were new to the iOS development but that is what made it fun for them. They wanted to break away from the usual C# server development and they succeeded. They pitched their idea to Microsoft Garage and it has now been released. You can read more about their interesting journey at the Microsoft Blog.

Color Binoculars may not fix colorblindness but it can definitely help people be able to match clothes and pick different flowers. All for free!