Houston... we have racism. Microsoft's recently launched Kinect device, while undergoing testing at GameSpot, had trouble identifying two dark skinned employees. Apparently, the employees in question had trouble getting the facial recognition features to work. 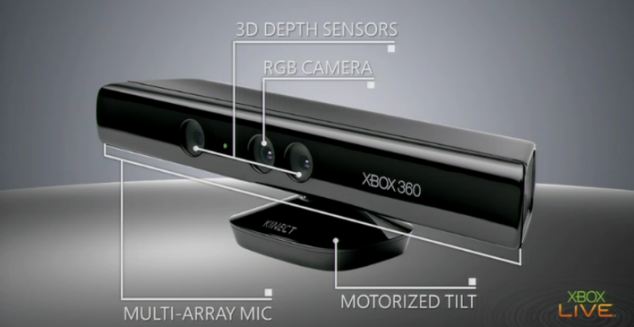 According to the website, the system recognized one person’s face "inconsistently", and when it came to the second staff member, the device was “never able to properly identify the other despite repeated calibration attempts.”

What's confounding is the fact that at the same time, the Kinect had no problems identifying a third dark-skinned employee, right after a single calibration. Lighter-skinned employees not of African-American lineage were all easily identified on the first try.

Fortunately, the problem seems to only be with facial recognition, and not with skeletal tracking as that worked fine for all three dark-skinned employees. Since skeltal tracking is the primary manner to play games with Kinect, it’s somewhat reassuring that at least this feature works.

The problem may turn out to be more than a mere nuisance however, as GameSpot wrote:

The system's inability to recognize a user only means that he or she would need to sign in manually and some games' features may not work properly as a result. For example, when a second player joins in to Kinect Adventures during the title's drop-in, drop-out multiplayer, the system can't bring up that player's proper in-game avatar automatically if it can't identify the new user first.

Further testing with more users in different rooms and different clothing yielded mixed results. The two employees who originally would not be recognized by the camera were correctly identified on the first try. However, when one changed from a light blue shirt to a black shirt (but stayed in the same room with the same lighting), the camera again failed to recognize him after multiple calibration tests. It also failed to recognize another darker-skinned GameSpot employee after four calibration attempts.

Like any new technology, the Kinect seems to have many restraints: distance requirements between you and the device, lighting requirements (it has trouble reading your movements if the room is too bright), and now, people of varying complexions may have issues as well. Microsoft say that ensuring optimal lighting, as pointed out in the Kinect Tuner, will serve to eliminate these calibration problems.

Right now, no one can say for sure exactly how deep this issue goes, but it won't be long till we find that out, as close to 5 million units are expected to be sold by the year's end. The Kinect has a huge potential in video game as a new technology, but Microsoft really needs to get their act together if they want to stay ahead of the game.