Previous versions of Internet Explorer have always been full of problems, very few people used it and IE was basically a tool to install Chrome or Firefox for everyday use. Now though Microsoft has set out to correct their mistakes with IE9, and as first impressions go, its awesome. 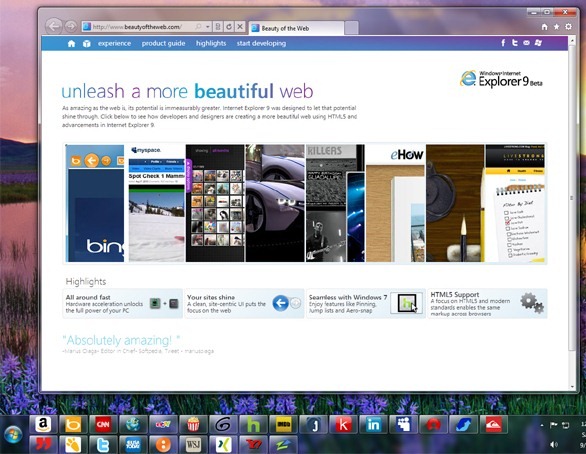 IE9 Beta has just been released. It breakes apart from the traditional Internet Explorer design and has a more "chrome look". The browser has loads of new features but thankfully the hateful toolbars are all gone and although its loaded with features at first glance it seems quite empty. Its faster than IE8, has more space for viewing website and has some neat features like HTML5 support and a new feature to "bookmark" webpages on Windows 7's Taskbar.

You can download Internet Explorer 9 Beta here and if you're interested there's an in-depth review of IE9 on Engadget.