If you happen to be a developer, then it is high time that you rejoice because Microsoft HoloLens kits are being shipped today. Beginning 30th March, Microsoft intends on shipping units in the United States and Canada.

Microsoft HoloLens Carries A Price Of $3,000 For The Development Kit

If you view the video above, you will see the progress of Microsoft HoloLens. The AR product was first announced during January 2015, and along with offering a demo to the audience, more details were provided as to when the device would be available for developers and enterprises. Unfortunately, HoloLens has not received a timeline as to when it will be available for consumers, but if it does, we fear that only a handful of customers, more accurately the affluent will be able to purchase it.

Microsoft has already partnered with a few entities, ranging from companies to universities to government agencies like NASA in order to improve the interaction experience for users. According to Alex Kipman, a consumer unit is far from being a reality since he is in no rush to produce one for the masses. The reason for that is that there just are not enough compelling applications to justify the current high price point. This is the reason why Microsoft is making six dedicated HoloLens applications freely available to developers as soon as they receive their units this spring.

According to blog post on Windows’ official website, Kudo Tsunoda, who spearheads the Windows App Studio at Microsoft, states the following:

“While we have been dreaming and delivering holographic experiences since we announced last year, nothing is more exciting to me than seeing what developers dream up when the Microsoft HoloLens Development Edition starts shipping next month.

With HoloLens, we are committed to providing the development community with the best experience possible. In order to help get developers started creating experiences for HoloLens, we’ve provided a number of great resources. First of all, there is a complete set of documentation provided to developers both by the people who have created the platform and by the people who have been building holographic experiences. We want to share all of our holographic knowledge with developers so they can start bringing their holographic dreams to reality as easily as possible. We have also provided a host of tutorial videos to help people along. All of the documentation and videos can be found at dev.windows.com/holographic.” 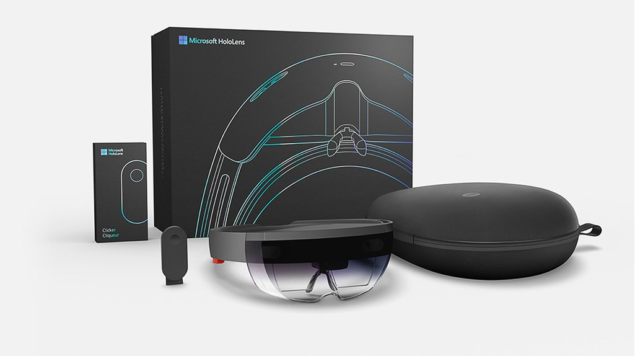 As for the complete list of hardware and features packed inside Microsoft HoloLens, they have been listed below:

What is inside the packaging?