It's that time of the year again... Apparently, just a day before Christmas, Microsoft pushed out an update that would begin installing the latest Windows 10 October 2018 Update on all the compatible machines. Going away from the seeker approach, the latest Windows 10 version (v1809) will now begin downloading on your PC without you clicking on the "check for updates" button.

Microsoft updated the infamous KB4023814 article, which is where the forced updates nightmare comes from. "If you’re currently running Windows 10 version 1507, version 1511, version 1607, version 1703 or version 1709, your computer detects the Windows 10 Update Assistant automatically," the updated KB article says (via AW). "Then, you can expect to receive a notification that states that your device must have the latest security updates installed and then initiates an attempt to update your device."

Microsoft has experienced some of the worst adoption rate with the latest Windows 10 version. But now that the company has sorted out most of the issues, it is likely the adoption rate will begin to rise. The Windows maker will also feel more confident in aggressively pushing it on more devices, which is what appears to be happening now.

The KB article updated on December 24 says that this automatic process will show you the following dialog box (from the previous update process) to get your permission, but the text itself explicitly warns that it would initiate the update process. 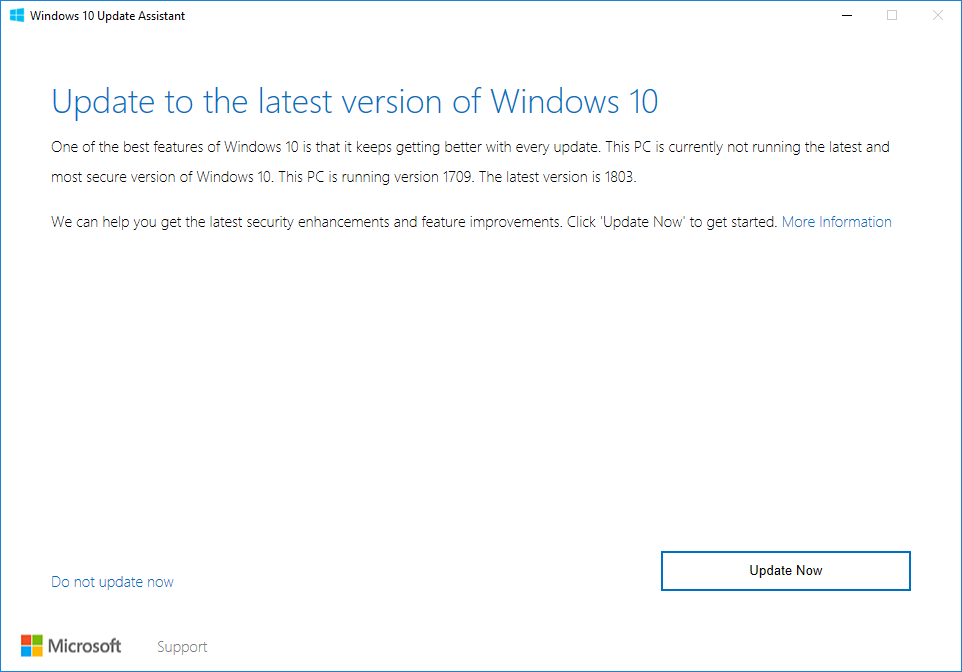 To its credit, Microsoft has shared detailed steps on how to avoid this forced update saga. Here's what the company wrote under "workaround:"

Otherwise, you can suppress the notification by manually deleting the following folders:

If you cannot remove these folders, start Task Manager (taskmgr.exe), and end the UpdateAssistant.exe process and the Windows10UpgraderApp.exe process. Then, you can try to delete the folders again.

We are still waiting for user reports to see if they have experienced any Windows 10 forced updates over the last few days. But, if you want to avoid Windows 10 version 1809, it would be wise to block it to avoid any surprises.