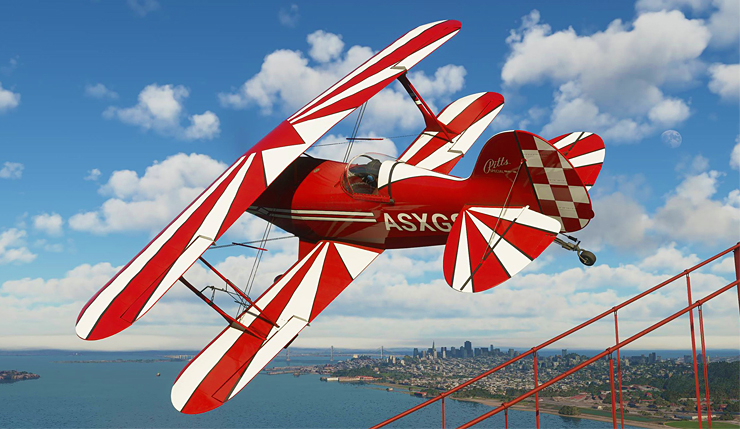 Unfortunately, there’s a slightly gray edge to this otherwise silver cloud, as it’s been revealed players will have to pay extra for Microsoft Flight Simulator’s full list of aircraft and “handcrafted” airports (the game procedurally generates thousands of real-life airports, but they won’t be as detailed). The $60 standard edition of Microsoft Flight Simulator will get you 20 aircraft and 30 handcrafted airports, the $90 Deluxe Edition will get you 25 planes and 35 airports, and the pricey $120 Premium Deluxe Edition will get you 30 planes and 40 airports. It’s unclear at this point if planes and airports will be able to be purchased individually by those who don’t pony up for the Deluxe Editions. Here’s a full checklist of planes and airports available in each edition (click the image for full resolution):

Haven’t been keeping up with Microsoft Flight Simulator? Here’s a rundown of the game’s key features:

Microsoft Flight Simulator touches down on PC on August 18. The Xbox One version of the game has yet to receive a release date. For those who just can’t wait, the MFS beta kicks off on July 30.