This year’s Electronic Entertainment Expo is going to be a lot more interesting for PC enthusiast, and if you are one, you would already know why. Presented by graphics cards manufacturer AMD in collaboration with PC Gamer, PC Gaming Show is the first-ever E3 show that is dedicated to the powerful and glorious PC platform, and since Microsoft claims that Windows 10 is “the best operating system ever created for gamers on PCs.” What better place to discuss the performance and offerings of upcoming operating system and DirectX 12 than a show that will be about nothing but PC gaming. 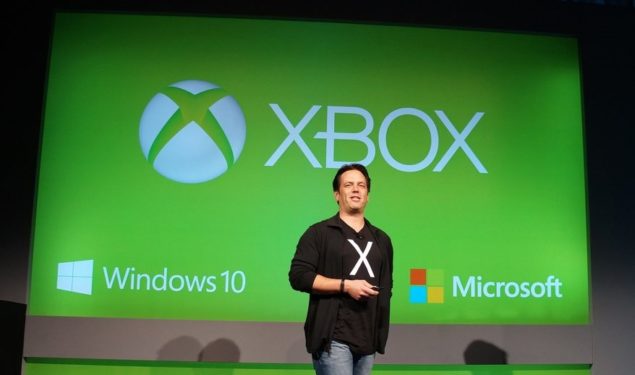 Beside Sony and Microsoft’s press conferences that will be focused around the PlayStation 4 and Xbox One consoles respectively, this year’s E3 annual video games trade fair will play host to AMD and PC Gamer’s “PC Gaming Show,” an event that will be centered around the prospects and aspects of PC gaming. There’s a pretty decent lineup of guests that will be joining the event, including, but not limited to, Blizzard, Bohemia, Paradox, Square Enix, CCP, Fullbright, and of course AMD itself. However, that’s not all, as Microsoft just decided to jump on board both as a sponsor and a participant.

Windows 10 is only a few months away from its release, and so is DirectX 12, the latest version of Microsoft’s low-level gaming API, and while we have heard a lot about how the upcoming operating system and API will work alongside both PC and Xbox One to help developers deliver the best of video game content, it would only be pleasing to hear how the highly anticipated Windows 10 OS and DirectX 12 API will help the Redmond-based firm with its goal to establish the “Xbox ecosystem,” and bring the two platforms close. Mircosoft’s Head of Xbox Phil Spencer told PC Gamer:

"For us, the PC Gaming Show is the ideal place to speak directly to PC gamers, and it’s a great time to talk about Windows 10 - the best operating system we've ever created for gamers on PCs. With Windows 10, we’re bringing the best of Xbox with the best of Windows gaming, including Xbox Live and the new Xbox app, Game DVR for nearly every game, and DirectX 12 for better gaming graphics and performance.”

The PC Gaming Show will take place during Electronic Entertainment Expo on June 16 at Belasco Theater in Los Angeles. The event will be streamed live in partnership with Twitch. Stay tuned for all the breaking news that will emerge during the entire E3.