Microsoft: “We Weren’t Fully Committed to PC Gaming” – Xbox/PC Gaming Being Driven as One Connected Ecosystem

Regardless of the overt missteps that Microsoft took over the period of time in past somewhat debasing the PC gaming community, Windows has always been the operating system of choice for players who prefer to have the ability of customizing their gaming setup and controlling the way they play. This is why Microsoft is now making efforts to amend the mistakes that it made with Games for Windows Live, and make Windows 10 an unavoidable, compelling operating system. 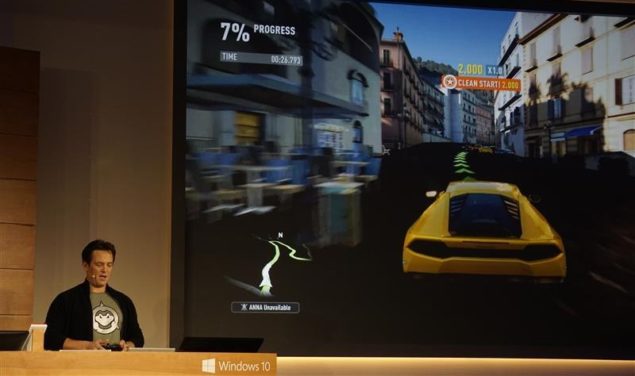 "You Can Absolutely Count on Us to Invest in Games for the PC," Says Xbox Boss - Windows 10 will be the Best OS for Game Developers and Gamers

It is only a matter of months now before Microsoft ushers into a new era of computing with its brand new highly anticipated Windows 10 operating system and the latest version of low-level game programming API, and while the company advances ahead to set new records, it has been made sure that the mistakes made in past, such as Games for Windows Live, won’t be repeated. That is according to Mircosoft’s Head of Xbox Phil Spencer, who spoke with PC Gamer ahead of Microsoft’s appearance at PC Gaming Show E3 2015. Recalling the mistakes the company made with Games for Windows Live, Spencer said:

"We weren't fully committed as a company, and I've said that before. We made commitments to developers and consumers that I don't feel we lived up to. The key difference now is that the Xbox team is driving the Windows and console gaming efforts as one connected ecosystem."

Spencer also explained that the resources and effort that the Microsoft is putting in making Windows the best place for game developers as well as gamers are greater than ever. Windows, he said, is the most popular platform for games in the world. The upcoming Windows 10 OS and DirectX 12 API will help the Redmond-based firm with its goal to establish the “Xbox ecosystem,” and bring the two platforms close. Spencer said:

"I can tell you definitively that our team has never committed more resources to making Windows better for game developers and gamers, and that means any gamer on Windows 10, regardless of storefront or device."

"Windows is the most popular platform for games in the world and we are committed to doing more. Xbox needs to deliver meaningful, measurable improvements for games and gamers--both for existing games and services and new titles."

When asked if Microsoft’s first party video game development studios will contribute to the company’s struggle in taking PC gaming to new heights by developing PC-exclusive video games, Spencer promised support for the platform by saying players can count on Microsoft to invest in PC games, but he didn’t make any promises in particular about first party titles.

"The charter of Microsoft Studios is to develop games that showcase the best of every Windows device. You can absolutely count on us to invest in games for the PC. While we want to break down the walls between platforms, we also know that certain games are optimized for certain devices."

"There's definitely a legacy there. So no, we wouldn't rule out more Halo coming to the PC."

It is well known by now that the Redmond-based firm will have on-stage presence at the first-ever PC Gaming Show that will take place during E3 later this month, and will be completely devoted to gaming scene on PC. Among other things, Microsoft will discuss how Windows 10 and DirectX 12 will work alongside both PC and Xbox One to help developers deliver the best of video game content. For Phil Spencer’s full interview with PC Gamer, click here. Stay tuned for all breaking news that will emerge during the conference.