New Metroid Prime Not Popular, “Reaction has been negative. There’s no sugar coating it”

Nintendo's newly announced Metroid Prime: hasn't received quite the reception that Nintendo has hoped, and they're paying attention to that criticism too. 70,531, and counting, thumbs down on YouTube are pretty significant.

The blending of genres in Metroid Prime: Federation Force isn't seen as positive by fans.

Nintendo promises it'll be awesome once you actually play it, however. In an interview with Mashable, Reggie Fils-Amie was very frank about the direction that they're taking for the future. They want to transform themselves, essentially, and become a household name again, innovating in brilliant ways like they have in the past.

"We're taking our great IP and transforming them and making them new again — making them fresh and appealing for the fan who feels they know the franchise. But we're giving them new things to enjoy,"

That also means that they're going to be taking some chances that might not seem exciting on the surface. That is until you actually experience their creation. That's not to say that the direction they want to take with re-imagining their games is going to be for everyone. Like many reboots, it can drive away the native player base.

Metroid Prime: Federation Force is perhaps one of the best examples of the negative reactions that can be garnered from too much change. Metroid Prime has a tradition to uphold, of fantastically fun puzzles combined with very nice FPS elements. And it's single-player, as all Metroid games have been. The new Metroid Prime focuses instead on cooperative play, completely void of a long-established single-player campaign.

"This is an example where fans who aren't able to get their hands on the game may be at a bit of a competitive disadvantage. Everyone who has played what we are showing regarding Metroid Prime, they've come across really pleased. My ask is that fans trust us."

So, then, Nintendo is interested in bringing new ideas to old franchises. Reviving them in ways we might not necessarily expect. Progress and innovation sometimes have controversy surrounding them at first, garnering negative reactions from fans that simply don't want change. This doesn't mean that the direction they chose is bad, per-se, but it doesn't mean it's good either. As he said, though, simply looking at the game gives us no real insight into how fun it might actually be.

Change can be good sometimes, and even though Metroid Prime: Federation Force might not represent the change we're looking for initially, it's potentially the start of something great for Nintendo. 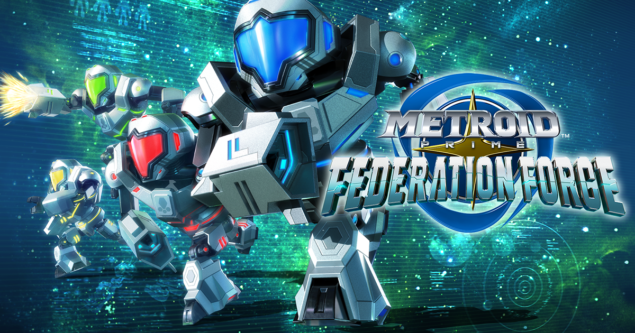