Something still lingers below. Deep Silver, the proud new parents of the dark and dank yet darling Metro franchise has just released word of the first DLC pack to roll out for Metro Last Light. Come this July 16th 4A Games and Deep Silver will unleash the "Faction Pack" DLC--deploying it worldwide on Steam, Xbox LIVE and North American PS3 owners. Oddly, it will hit the Euro PSN a day later.

Metro Last Light's Faction Pack will feature a trio of original single player missions. Yet this time out players will walk in the boots of 3-different specialists from the various warring Factions. Players will get their hands on some cool new destructive weaponry and traverse some familiar locales from the original Metro 2033. Keep on the look out for "distinct gameplay challenges" and the "return of terrifying mutant foe".

The Faction Pack for Metro Last Light kicks off what looks like a quartet of DLC packs for the title. This is what the company has to say on the next 3 in the pipeline. 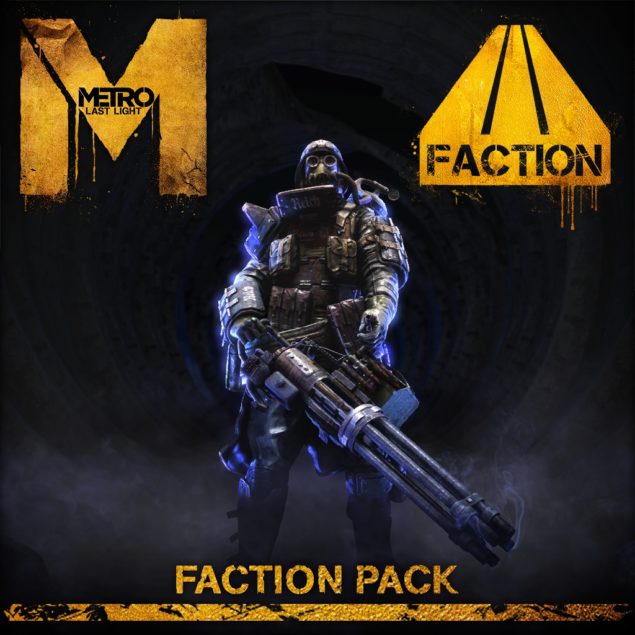