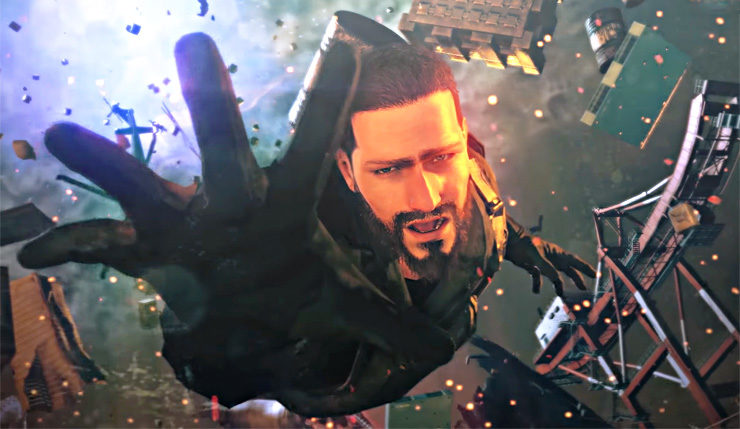 Metal Gear Survive faces an uncertain future. A lot fans are, understandably, skeptical about the first Metal Gear title following Konami’s ugly split with Hideo Kojima, and survival horror feels like an awkward fit for the series. Nevertheless, the makers of Metal Gear Survive are forging ahead, today revealing new information about the game’s single-player mode and upcoming open beta. You can check out the single-player footage and details, below.

“Metal Gear Survive picks up from the ending of Metal Gear Solid V: Ground Zeroes. Players are pulled through a wormhole and find themselves in a dangerous world filled with biological threats and hostile environments where they must survive and find their way home. Not only will they fight off deadly creatures, but also explore and forage the environment for food, water and other resources to stay alive.”

Metal Gear Survive looks pretty rough compared to past games in the series, but at least it appears to have a fair amount of depth. Hunting, crafting, base-building, shooting, melee fighting – this game seems to be throwing a little bit of everything at the wall. Will enough of it stick? Will Metal Gear Survive end up being an entertaining survival-strategy game despite lacking the personality of past Metal Gear games? Hey, apparently the game lets you eat a bear, so, uh, that’s something.

Here are the details on Metal Gear Survive’s open beta:

“Metal Gear Survive will be holding a beta from January 18 to 21, 2018. Players will have a chance to jump into co-op mode to build, defend and fight alongside friends online.  Beta will be available to download for PS4 and Xbox One players. Participants in beta will receive an in-game bonus with the purchase of the full game. Bonus items include a FOX HOUND name plate, an accessory Metal Gear REX Head and Accessory bandana.”