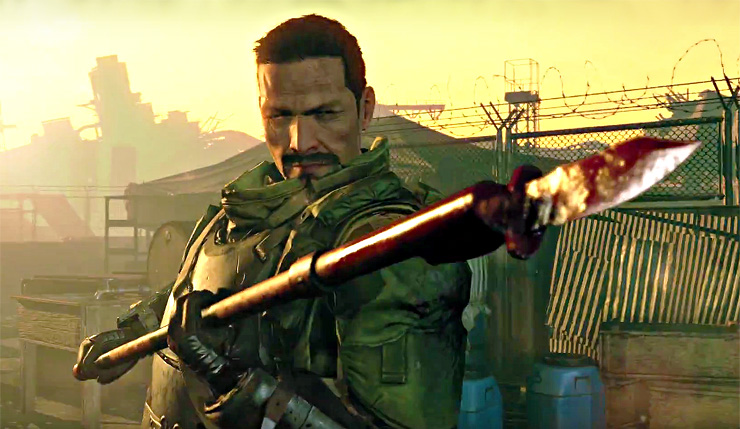 Metal Gear Survive faces a tough road ahead – it’s the first Metal Gear title following Konami’s ugly split with Kojima Productions, Hideo Kojima himself has disavowed the project, and, come on, do we really need another zombie survival game? A lot of fans are eager to see Survive fail, and, unfortunately, Konami has just given the doubters another reason to hate on the game.

According to the Metal Gear Survive website, an “internet connection is required to play the game.” Additionally, those who want to tackle multiplayer will need an Xbox Live or PlayStation Plus account.

Now, the always-online requirement would be reasonable if Metal Gear Survive was strictly an online multiplayer game, but it’s not – the game also has a single-player mode. Here’s what Konami has to say about Survive’s modes:

Single Player takes you through the story of Metal Gear Survive while learning fundamental gameplay elements. Single Player lets you explore a strange ruined world as you seek answers and a way to return home. These skills will be put to the test in online Co-op mode. Progress and rewards obtained in both Single Player and Co-op mode carry over and apply to your character across both modes.”

In addition to having the same avatar, single-player and co-op will share crafting materials and recipes, which may explain the game-wide online requirement. This also points to something else that will most likely be in the game – microtransactions. Given Survive’s focus on crafting and building up your avatar, I’d be shocked if Konami didn’t include some way to use real cash to speed up the process.

Despite the bad PR, Wccftech’s Kai Powell had a great time with Metal Gear Survive at E3 2017, so try to keep an open mind. The game may still be worth a try.

“While my time with Metal Gear Survive was brief, every minute of it left me wanting more. Metal Gear Survive is among my top favorite titles to have the opportunity to check out firsthand. I’ll be picking it up on day one once it arrives in early 2018.”