The director of Kojima Productions and Vice President of Konami Digital Entertainment, Hideo Kojima, previously announced via his Twitter account that the Studio was working on Metal Gear Solid V: Ground Zeroes screenshot comparison. The comparison was meant to showcase the texture and graphical disparities between the PlayStation 4, PlayStation 3, Xbox One and Xbox 360 versions of the game. After some wait, the developer has finally released Metal Gear Solid V: Ground Zeroes screenshot comparison that clearly distinguishes the game running on one platform from another.

Metal Gear Solid V: Ground Zeroes uses Kojima Production's new Fox Engine. According to the developer, Fox engine was designed with keeping the plan of cross-platform development in mind. This explains why the developer is releasing its upcoming game on all the four consoles. Metal Gear Solid V: Ground Zeroes does appear very differently on the next-gen consoles but the game looks amazingly stunning on the current-gen consoles aswell. Kojima recently tweeted:

"The reason why we created FOX Engine was to be able to bring open world games efficiently even on current generation consoles."

Pointing towards the Xbox One lower resolution issue, Kojima said that the frame rate and resolution matters little to him. He said: "Being asked so often about differences in “frame rate” and “resolution” depending on the hardware model make little sense to me, but I listened, so I plan to publish it tomorrow (laughs)."

While the game looks striking on PlayStation 3 and Xbox 360, the next-gen consoles have their own level of optimizing the game's graphics and resolution. It seems like Kojima himself is pretty impressed with the next-gen frame rate and graphics of the game. Expressing his experience, he said in a tweet:

"Well, once you play with the next gen version, it’s smooth like butter, and you won’t be able to go back to the current gen version though. (laughs)"

Metal Gear Solid V: Ground Zeroes screenshot comparison shows what next-gen is capable of just now but the PlayStation 3 and Xbox 360 versions of the game also show that the developer has done its best to bring the full potential of both consoles under use. The screenshots were released on Konami's website and can be seen at the bottom of the post. 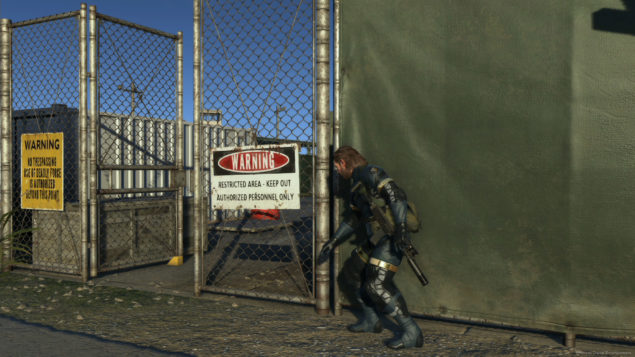 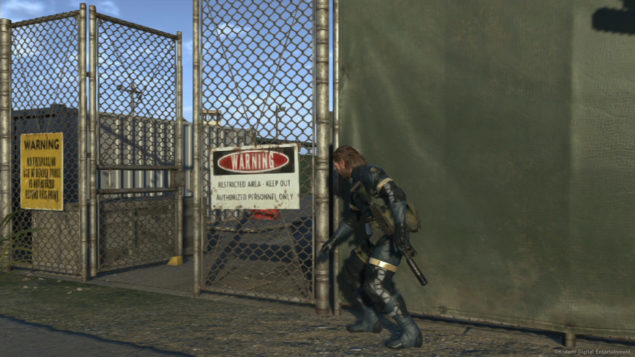 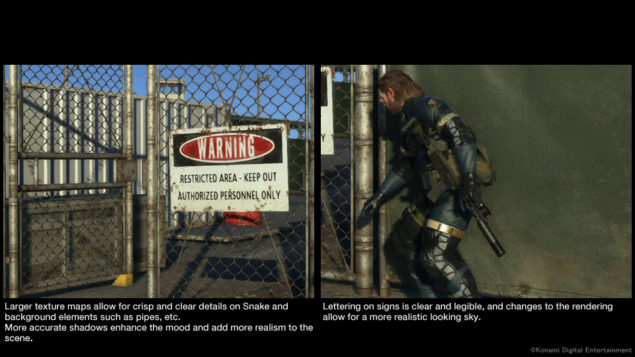 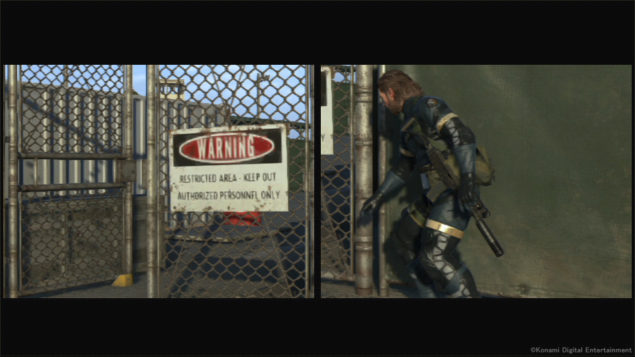 The Daytime Mission Scene (Xbox One above/Xbox 360 below) 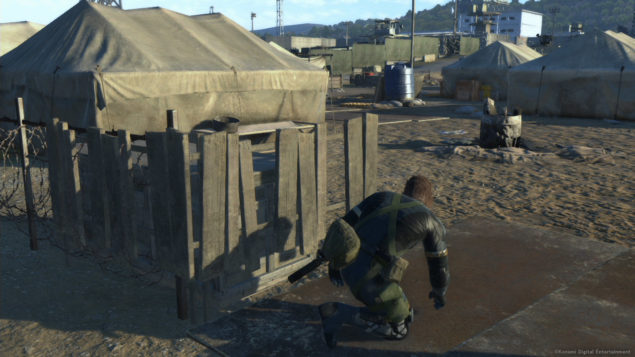 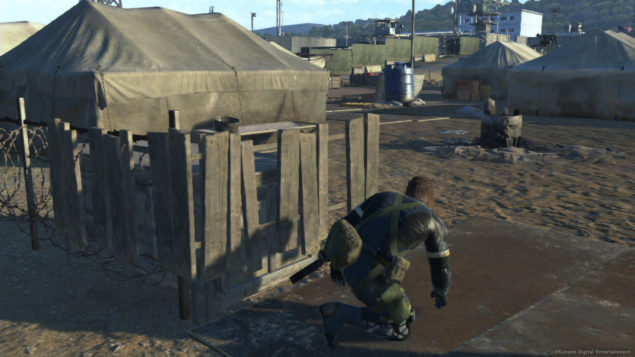 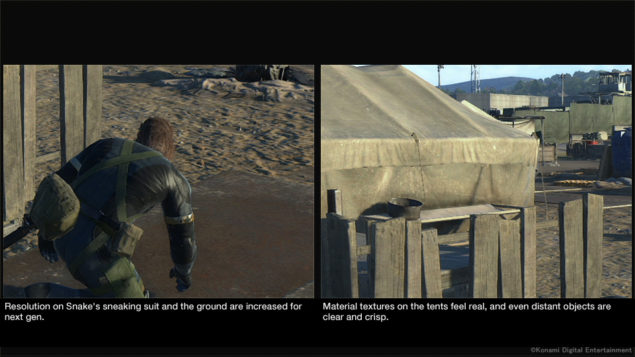 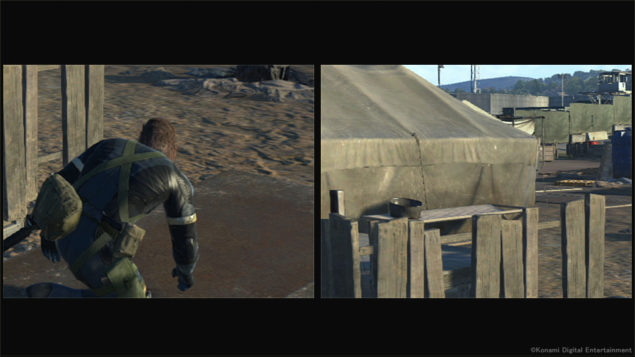 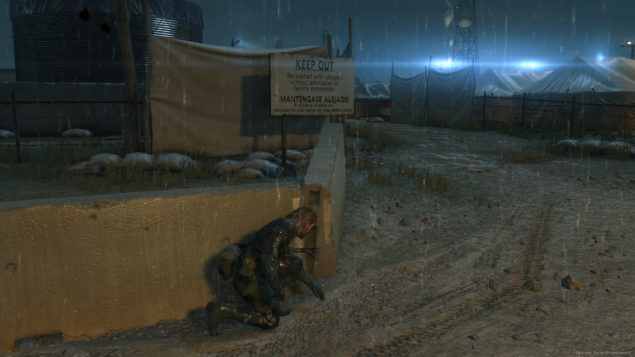 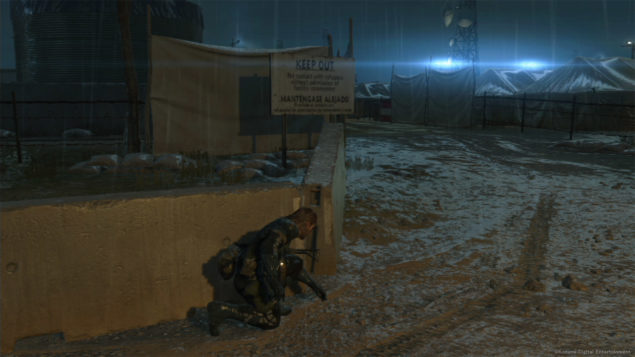 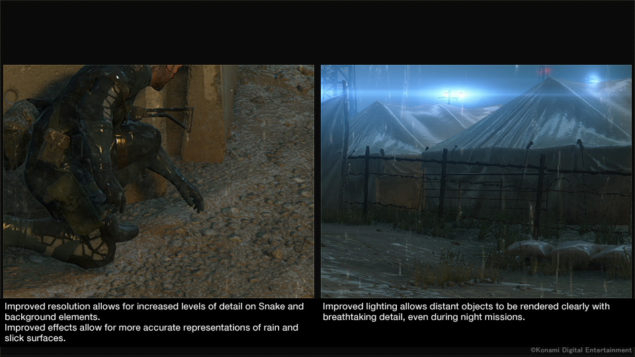 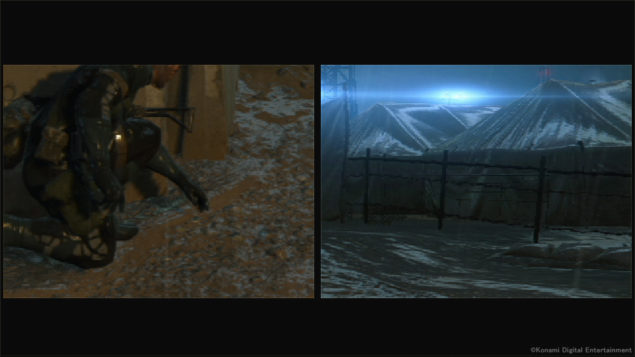 The Night Mission Scene (Xbox One above/Xbox 360 below) 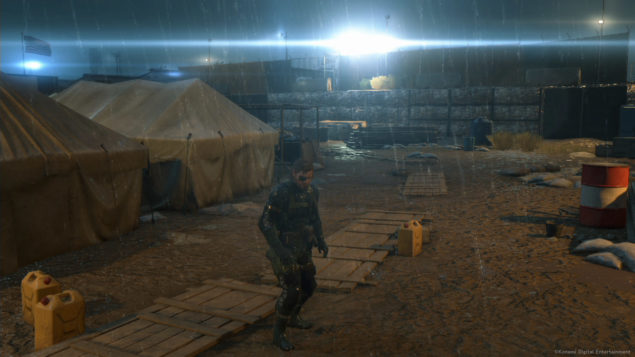 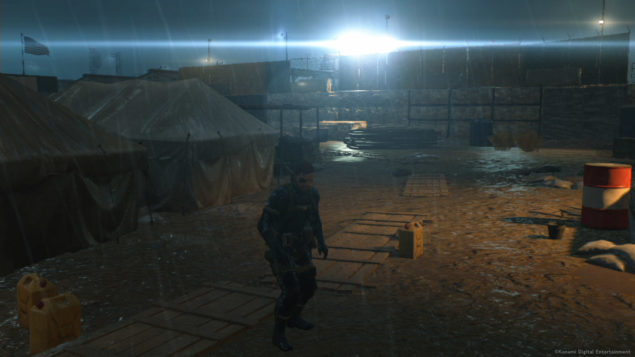 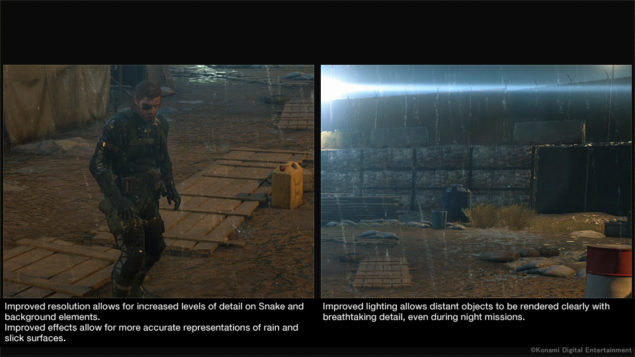 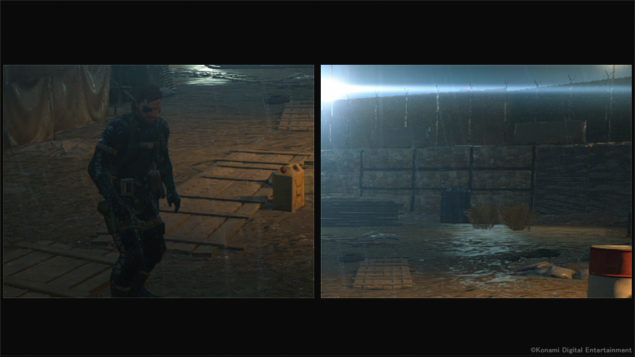 PlayStation 4 Vs Xbox One GIFs

In addition to the Metal Gear Solid V: Ground Zeroes screenshot comparison shown above, Hideo Kojima has announced that a trailer showcasing the differences between all the four versions of the game will be released soon. He said:

"Because there were many questions, we published comparison pictures between the current generation and next generation versions of Ground Zeroes. First of all check it out with stills. We will publish the video later. It’s difficult because we cannot predict how people will react, but that’s how it goes."

We will make sure we bring the trailer comparison of the game to you once it is released so make sure to check it out here.