Metal Gear Online Has Up to 8v8 Multiplayer on PC, Xbox One and PS4

It's been confirmed that Metal Gear Online, which is the online component to Metal Gear Solid 5: The Phantom Pain, will support a healthy 8v8 match on the new generation consoles and the PC, though only up to 12 players total on the Xbox 360 and PS3. 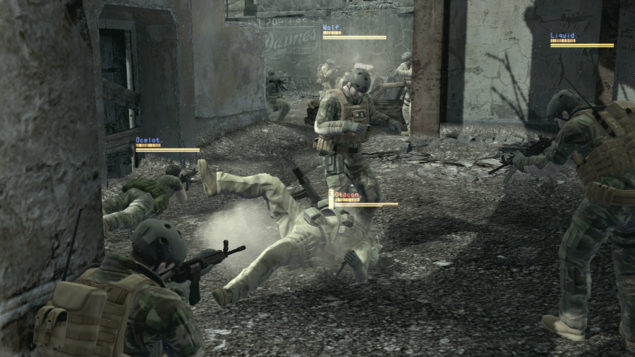 Metal Gear Online will support up to 16 players total on PC, PS4 and the Xbox One.

The limitation on last generation consoles is apparently a hardware limitation as Metal Gear Solid 5 will be quite the visually stunning game and the older generation hardware simply can't handle 16 players on screen at once.

The original Metal Gear Online was fantastically received when it was first released as part of Metal Gear Solid 4 on PS3 in 2008. And just like the original, this iteration will emphasize a different set of qualities than is normally required for online games. Instead of focusing on the usual aspects of firepower and quickness above all else, stealth will be the primary locus for success. Metal Gear Online emphasizes being sneaky and silent in order to be the number one. Sound, footprints and even your shadow can all be used to locate you and disrupt your chances of success.

Overall the atmosphere should prove to be quite different than what we are used to in an online game. While camping and being stealthy are all prized in competition, they generally aren't the main focus. this changes things up a bit, making for a remarkable experience.

Metal Gear Online will be released as a separate but included game within Metal Gear Solid 5, though just as with the last online component, there is no reason why there can't be a standalone online game released sometime after the main game.

The release date for Metal Gear Solid 5, and thus Metal Gear Online, is still scheduled to be September 1st 2015. The issues between Kojima Productions and Konami apparently haven't had any real effect on the development of the game thus far.