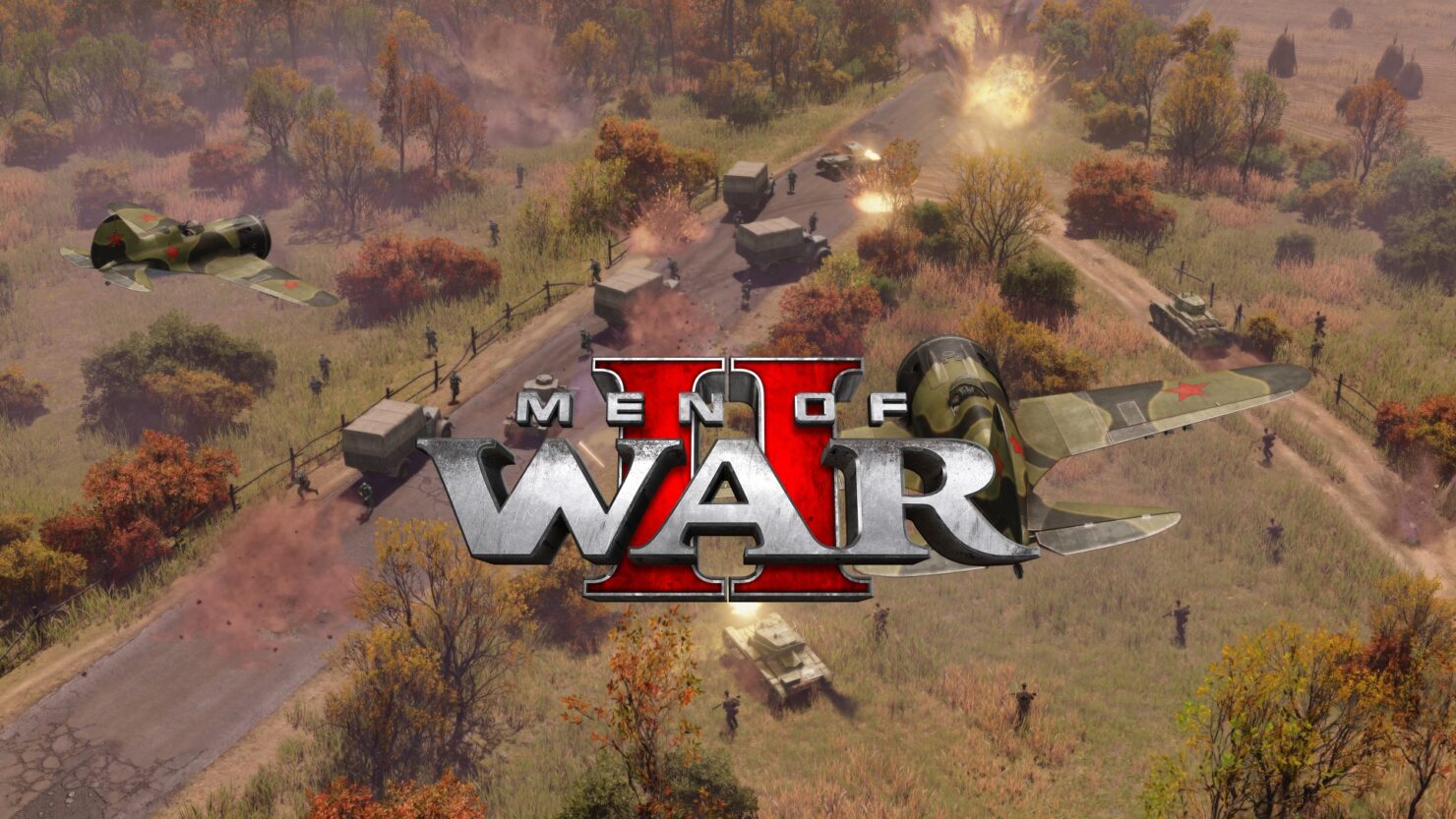 Men of War II is coming. For those unfamiliar with series, it's surprisingly long-running. It started with Soldiers: Heroes of World War II in 2004 (developed by Best Way and published by Codemasters) and then Faces of War (published by Ubisoft).

However, the rights of those titles were held by the respective publishers. Best Way then went to 1C Entertainment as the publisher and developed the first of the Men of War series as we know it. Either that or they created a game with more standalone expansions and spinoffs than any other game in history. Most of these titles were developed by 1C, leaving Best Way to move onto other titles.

Only they didn't, due to varying circumstances. Nuclear Union was in development, then cancelled. I've got to admit that it was a surprise when I heard men of War II was coming from Best Way and ready for a behind-closed-doors look earlier in the month. While it's early doors, it's positive that they're in a position to make this sequel.

One of the first questions they wanted to answer was "why Men of War II?" With Digitalmindsoft's Red Tide, Assault Squad and Assault Squad 2, and 1C's Vietnam and Condemned Heroes, we're in the GTA naming policy of "whatever we feel like". Still, this is the second one by Best Way, and the reason they've gone with this is because they consider it to be the first direct sequel.

Men of War II will return to World War II, the series' roots, and are looking to expand into battles and theatres that the series has not shown before. More than just these new areas of combat, after thirteen years, the developers want to expand on everything, having learned from previous titles in the series and looking at games like Call to Arms (also developed by Digitalmindsoft).

As such, several upgrades can be found here, compared to the earlier titles; though Best Way only talked about some of them, I can't attest to them in action. Best Way introduced these upgrades and expanded upon them in this first look, with glimpses in the trailer that premiered during Copper Controller Contests. You'll find that trailer at the bottom of this piece.

The first significant feature introduced to the series is the addition of a fluid frontline, based on the position of your units and the to-and-fro of the battle. Naturally, certain things can only happen within your territory, so controlling more of it allows you to call in reinforcements to more favourable positions, or other aspects like digging trenches, placing hedgehogs and minefields. It adds an extra layer of tactics to an already highly tactical title, one that can only help.

What is also interesting is the removal of the fog of war within your territory, allowing you to see any enemy that crosses into your land. I do like that you can't move the line through the use of tanks alone, meaning you have to use combined arms (tanks and infantry), with tanks primarily being used as a method of breaking through the front line. This inclusion and tying it to real-world tactics is certainly a good bonus.

In terms of accuracy, It's claimed that Men of War II will feature over 300 vehicles and 45 battalions, all painstakingly created for accuracy. Best Way also claims that the battlefields you will be fighting on have this same attention to detail, with destruction physics, audios and visuals upgraded to make the game shine. At one point, the developers did express a want for a model viewer, the idea sounding similar to that in Steel Division 2.

Another prominent and returning feature for Men of War II is direct control. You can jump in and take control of any singular unit, with this enhanced by adding several camera views when in direct command of a unit. One of these is direct vision, essentially turning it into a first or third-person shooter and highlighting the amount of work that Best Way have put into the game.

Anyone who reads my writing knows that I'm a strategy fan, so it hardly comes as a surprise that I'd be interested in this. Now, I will be honest, Men of War has never been a series at the top of my list. The micro-management could be both an excellent thing but also offputting at the same time, if you're wanting something where you send the units off to battle, not having to tinker with a dozen other aspects.

The reality is that this could be the same. Best Way did emphasise that they are trying to make this more accessible while not sacrificing depth. Add a variety of multiplayer options onto this, which I will gladly ignore as this is a single-player focused title, with a campaign each for the allies and soviets, and you get a strategy game I'm looking forward to, and one that I had no clue existed a few weeks ago. Men of War II is scheduled to launch sometime in 2022.