Folks, it’s finally here; Meizu’s flagship smartphone MX5 has finally been brought in to the spotlight, and to start off with, it happens to be a very affordable mobile powerhouse. Before we get down to debriefing you guys on the hardware specs of MX5, there were some leaks concerning the features of the handset, ranging from a MicroSD card slot, to featuring an Helio X10 Turbo SoC. While an SD card slot might not be present, the other leak turned out to be accurate. Let us see what other goodies Meizu MX5 features. 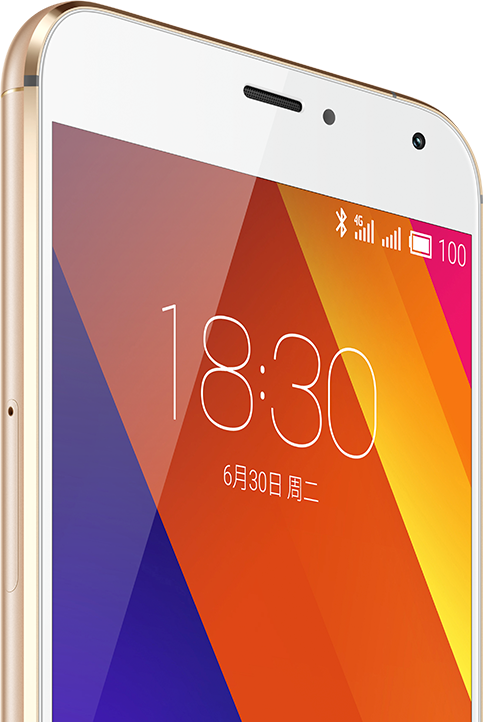 After releasing a ‘not to impressive’ M2 Note, Meizu came back strongly with its flagship offering; one that is running eight Cortex-A53 cores running at a clock speed of 2.2 GHz. This should give the likes of Snapdragon 810 and Exynos 7420 a run for their money. According to Meizu’s official website, MX5 is also armed with 3 GB of RAM, which will come in handy when multitasking operations need to be performed.

Moving on, the device is not going to feature ARM’s GPU, but Imagination Technologies PowerVR G6200 graphics processor. MX5 features a 5.5 inch screen, and measures a thickness of just 7.6 mm. Additionally, 1080p will be rendering on this 5.5 inch screen, which will conserve more battery as opposed to a 2K display. For extended battery life, a 3,150 mAh cell has been incorporated, along with a fast charging feature called mCharge tech.

While it might not be as fast as Qualcomm’s Quick Charge 2.0 feature, consumers who purchase MX5 will still be able to reach to 25 percent of the handset’s battery after plugging it in for just 10 minutes. Furthermore, you will be able to get the percentage level to 50 after plugging in the smartphone for 20 more minutes. As for the rear camera sensor, a 20 MP Sony IMX220 has been added with a dual-tone LED flash plus laser autofocus tech.

One major upgrade in the camera sensor tech is that the one present in MX5 can record 4K videos and encode them in the modern h.265 format, which takes up less space, but preserves the same video quality. Now for one of the most important aspects of purchasing a mobile powerhouse; its price tag. Given below are all the details you need to know concerning the price of Meizu MX5, and depending upon the internal memory variant, you will have to pay accordingly.

There you have it folks; one killer smartphone package in an affordable price tag. Do you feel that Meizu MX5 is totally worth the money? Let us know your thoughts.