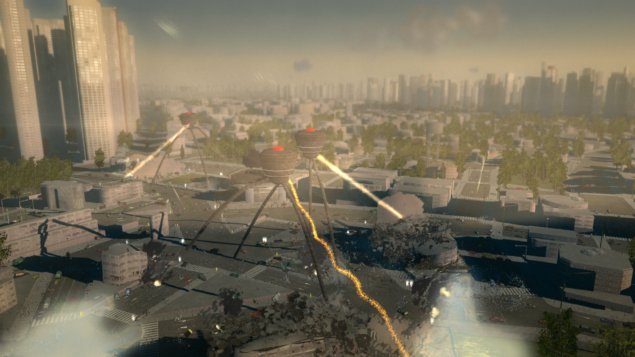 Megaton Rainfall might be a game you've never heard of before. Truth to be told, it's an indie game made by a single person, Alfonso del Cerro, over the last three years.

Megaton Rainfall might also just be the closest thing we've ever had to a proper Superman game. Here's the official excerpt:

You control an indestructible interdimensional superbeing with an immense destructive power and supersonic flying capabilities, and your mission is to save the Earth from an alien invasion. The point is that you are so powerful, that every time you miss your target you can destroy entire buildings!

Sounds familiar, right? Moreover, the game will be played in first person view and it's already targeting a release on PC, PS4 and Oculus Rift/PlayStation VR. That said, Alfonso del Cerro confirmed in an interview with Cobra TV Gaming News Network that he would like to release the game on Xbox One as well.

Earlier in the interview, he also confirmed that no physical release is planned at the moment. Regarding the day/night cycle, del Cerro explained that it won't be dynamic; however, it is possible to move from the "day side" to the "night side" of Earth by flying at super speed. Lighting will also change accordingly.

Stay tuned for more on Megaton Rainfall, due for release at some point next year.