Mega Man’s Spiritual Successor ‘Mighty No. 9’ Gets Delayed to 2016

Mighty No. 9 developer studio, Comcept has announced via their official (backer only) forums that the game has been delayed until at least Q1 2016. The delay was to sort out some bugs and issues with the online features that could not be resolved by the former September 15 release date. Comcept report that they are working with their partners at full capacity to resolve the issues. 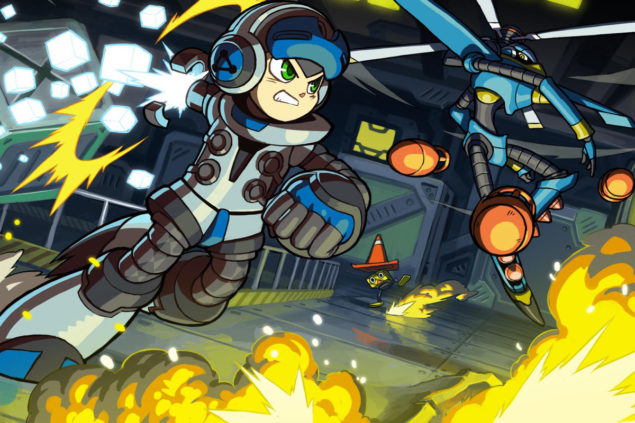 You can read the announcement below:

“We have an important announcement to share with our backers.

Although we understand that everyone was looking forward to playing Mighty No. 9
as soon as possible, a release delay is going to be announced for the game at Gamescom 2015, which is
currently being held in Cologne, Germany.

This is a project that would not have existed without the support of our backers,
so we at least wanted to deliver this news to our backers before it is officially announced.

We are unable to confirm a final release date at this time, however we will be aiming for a release in Q1 2016.
Once a solid release date is set, we will announce it immediately to our backers and fans.

Of course, it is important to explain why exactly the game is being delayed.
As we have communicated in the updates to our backers, all of the core content for the game is developed and in a complete state.
However, there are still bugs and issues pertaining to the online features that are included in the game. These bugs and issues
have a direct affect on enjoyment of the game, so a decision was made to work these issues out before release.

Currently, comcept and their partners are working at full capacity to resolve these issues
and fix any remaining bugs.

In addition, we have received quite a few requests for additional information
regarding the various platforms that are part of the platform survey we have sent out.

We have also only managed to receive around half of the total responses needed
for the survey.

Considering the fact that the game’s release has been delayed, we are planning to
open another platform survey once a final release date has been settled upon.

We will continue to deliver the most up-to-date info to our backers and fans
through our forum updates, so please keep an eye out!

We appreciate your support and patience regarding this matter, and look
forward to delivering Mighty No. 9 to our backers and fans in the best state possible”

Mighty No. 9 is a side-scrolling action game takes these best elements from 8- and 16-bit classics that you know and love and transforms them with modern tech, fresh mechanics and fan input into something fresh and amazing. Mighty No.9 is helmed by Mega man creator Keiji Inafune and an all-star team of veteran Mega Man developers. It features classic Japanese side-scrolling action, evolved and transformed for a new generation. The game launched a kickstarter campaign that was successfully funded with $3,845,170.

Mighty No. 9 was set to be released on September 18 by publisher Deep Silver. The long-awaited Mighty No. 9, the spiritual sequel to Capcom’s Mega Man, will eventually release on the Xbox One, PlayStation 4, Wii U, Xbox 360, PlayStation 3, and PCs running Windows, Mac OS X, or Linux. It will be available digitally and at retail for PS4, Xbox One, and Wii U, while Xbox 360 and PS3 get only the digital releases.

We will bring you any news on Mighty No. 9 and its new release date as soon as it becomes available.