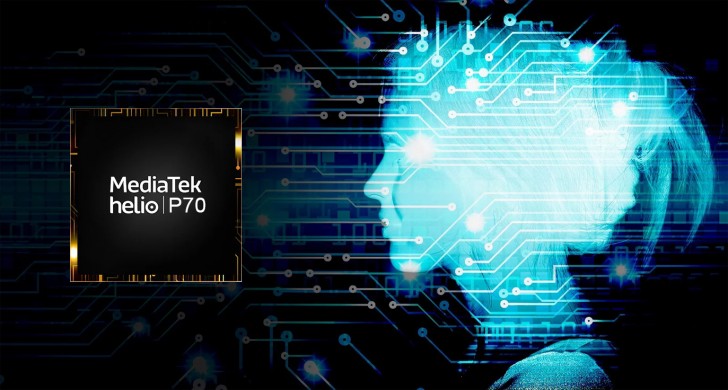 One would be hard pressed to find a decent mid-range, let alone a flagship, running a MediaTek SoC. MediaTek is the goto company for brands that want to offer a decent feature set while keeping the cost low. Their latest offering, the MediaTek Helio P60, was announced this February and has seen mild success. MediaTek will reportedly introduce a sequel by the end of this month.

The Helio P70 will be very similar to the P60 and will be built on the same 12nm process. It will feature an octa-core processor with four Cortex A73 and four Cortex A53 plus a Mali-G72 GPU. We don't know much about the CPU clock speed or GPU core count just yet. The Helio P60 was marketed as MediaTek’s AI-focused chipset with an “AI processing unit” (APU). On a similar vein, the P70 will use a Neural Processing Unit (NPU), which will offer higher performance.

It’s not clear if the name change indicates a change in architecture or just the core count. The Helio P70 appears to be MediaTek’s answer to the Snapdragon 710. Another report states that MediaTek will soon be starting mass producing ASIC (application-specific integrated circuits) on a 7nm process as well, so a 7mn mobile SoC shouldn't be too far off, hopefully.

MediaTek has a lot of ground to cover before it can hope to compete against the likes of Qualcomm seriously. Although they're not terribly behind their equivalent Qualcomm chips in synthetic benchmarks, anyone who's ever used a MediaTek-powered device will attest to the fact that they're just not as snappy as their Qualcomm counterparts.