Maxon's CINEBENCH R15 has been a staple in CPU reviews since its release way back in September of 2013. It has been the go to for CPU vendors to boast big numbers and a good place for end users to measure benefits of overclocking their CPU for a quick result.  But in the past few releases of higher and higher core count processors we have seen a growing demand for a more stringent test to put these processors to task.  Not to mention that there have been quite the advancements in Maxon's Cinema 4D which the benchmark is based on.

If you do not think the demand was there then you are  sorely mistaken.  Even end users have taken to task to bring a more demanding version of CINEBENCH R15 to reality by making a releasing CINEBENCH R15 Extreme Edition which can be found on Guru3d, but it is worth noting that it is an unofficial version of the benchmark.  This was an attempt to bring the benchmark up to speed, but it didn't introduce any of the more updated rendering techniques and optimizations that have come with the advancements of Cinema 4D which are present in CINEBENCH R20

What is not present in CINEBENCH R20 is a GPU test.  In the previous versions of CINEBENCH there has been the ability to test your graphics card's OpenGL performance in Cinema 4D.  So if you were hoping for a similar approach here in CINEBENCH R20 you simply are not going to find any love here.

More interesting than the lack of the GPU test is the place you'll find the benchmark.  You are not going to find it through Maxon's own website or any other hosting sites for that matter.  You will be finding it in the least expected, at least I didn't expect to find it there, place on your PC or Mac.  If you are on PC you will be needing Windows 10, I can hear the excitement already, and you will find it in the Windows Store.  If you are on Mac head on over to the App Store.  Not really sure how I feel about no dedicated download, wait sure I do, I don't like the idea.

But we couldn't post up an article talking about a new benchmark without having at least one result so below is out Intel Core i9-9900K (5GHz) Test Bench squeezing on CINEBENCH R20.  Feel free to screenshot and share your results in the comment section if you dare. 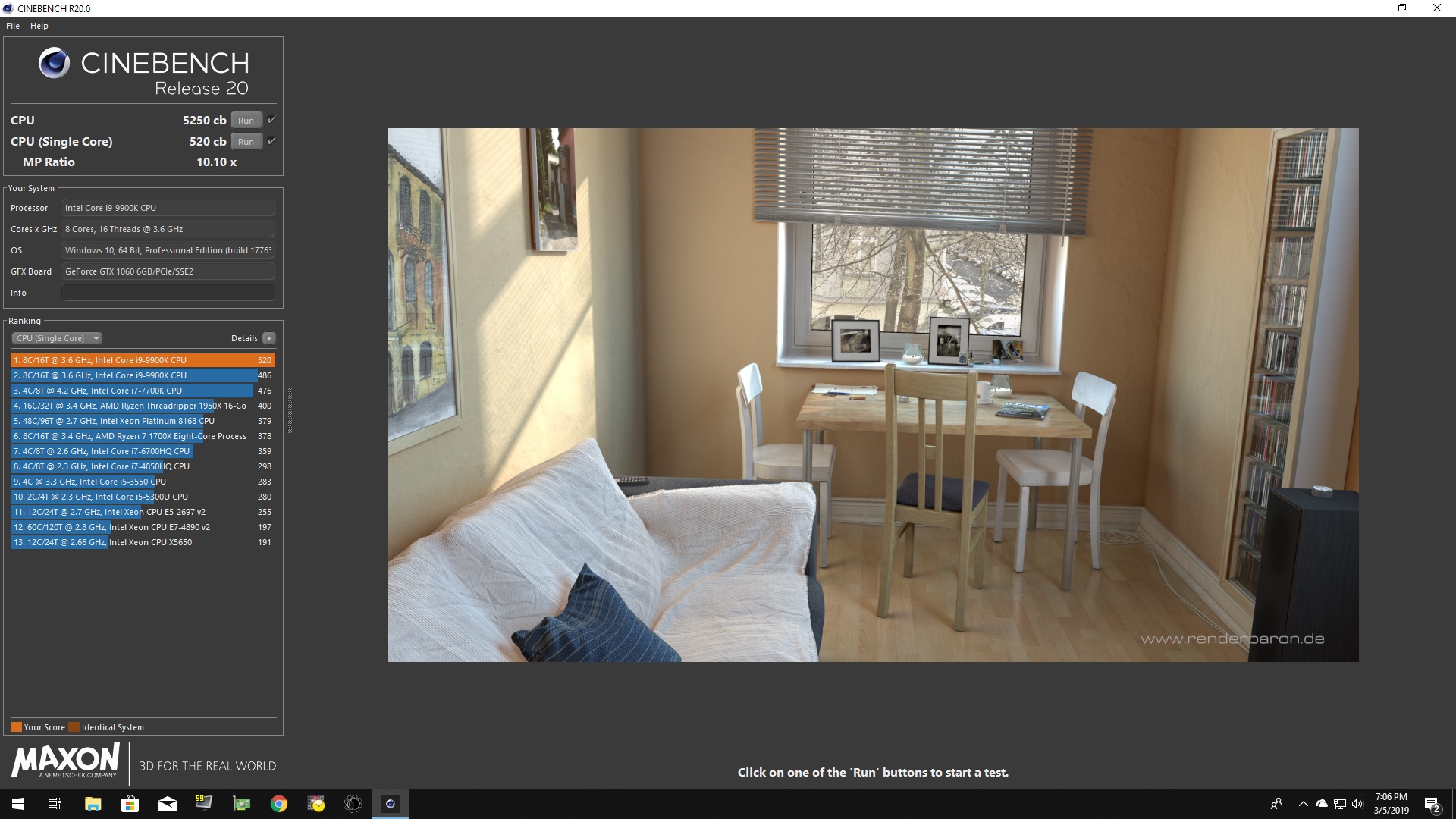