Match Fixing in Counter-Strike is Becoming a Rising Issue

Gambling is certainly not a new phenomenon within the greater sports world, and certainly not even a rarity in the relatively new microcosm that is eSports. Specifically, one can easily bet real money on Counter-Strike matches by visiting the official CS:GO Lounge website and perusing through the available listings. There is even an entire subreddit dedicated to betting, CS:GO betting, which even includes a beginners guide to betting in the eSports universe. It’s rather telling, then, that there are also some instances of match-fixing in order to increase the odds of large payouts. 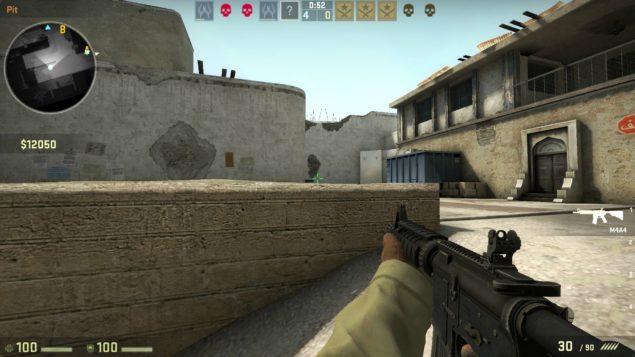 Major Counter Strike eSports Match was Reportedly Fixed - Valve Issues a Statement on the Topic, Warning to Ban Those Involved in Betting on Matches

Just recently, on January 16th 2015, The Daily Dot reported that a rather high profile (for eSports) match between two top American teams was actually a fixed match with a predetermined outcome. iBUYPOWER played against NetcodeGuides.com, and supposedly were a better prepared and higher skilled team. But the match was far from a closely played back and forth, instead erupting into a comical show of increasingly bad decisions on iBUYPOWER’s part. They ended up losing 16-4. The gameplay exhibited in the match was absolutely atrocious and did not seem to be indicative of their actual level of skill.

Even though this was attributed to many differing elements, such as the fatigue brought on by a time zone change, it was still rather fishy. The Daily Dot apparently received screen grabs from a conversation from one of the players in the match where he essentially stated that the match was fixed, and that iBUYPOWER was going to willfully lose.

Strange considering that bets in excess of $1000 are not unusual.

Valve, then, has recently issued a statement on their Counter-Strike blog that urges pro Counter-Strike players to not bet. In fact it outright bans pro players and anyone associated with setting up an event from betting on matches.

"Professional players, teams, and anyone involved in the production of CS:GO events, should under no circumstances gamble on CS:GO matches, associate with high volume CS:GO gamblers, or deliver information to others that might influence their CS:GO bets."

It’s telling that Valve has had to put restrictions on the betting system in place. But I think it begs the question of whether or not it should even be further regulated by the various governmental agencies that do so. Betting is becoming a popular activity with the money being transferred increasing nearly every season. It would behoove them to put tighter controls in place to not only satisfy regulators, but also to satisfy the relative sanctity of the esport. Confidence can be lost and thus money lost. Counter-Strike and it's professional player base is still remaining popular, so it stands to reason to nip the issue in the bud before it has a chance to get out of control.

Also, the fact that that iBUYPOWER was so unimaginative as to lose by such a high margin shows the lack of motivation to actually pull off such a heist. If they were actually serious about fixing matches, it may have been a good idea to at least put on a good show. But, I do not condone cheating in that manner. Still, I’d think that a little more ingenuity would have been put in play.