Chris Wynn, the Senior Development Director for the next Mass Effect game, took to twitter the other day and responded to a few fans that were asking around about the next Mass Effect. Previously he has stated that The online component won't take away from the Massive Single player. 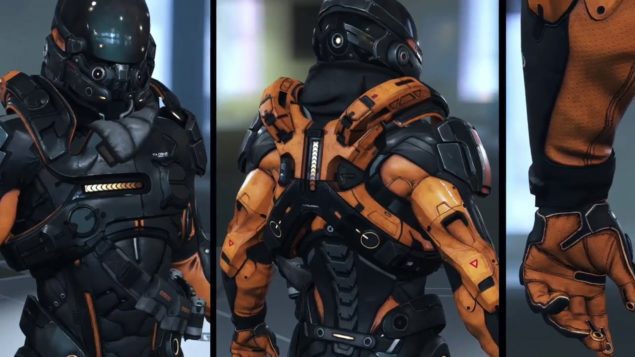 Cinematic Teaser quite likely for Mass Effect at E3

There's not a lot of information out there about the next Mass Effect game, there have been a few tidbits popping up here and there, such as The Single Player campaign is supposedly going to be massive, or that the beloved physics and gravity defying Mako is making a comeback for planetary exploration and such. As well as the game taking place in a new region of space and that it's not going to be a prequel.

Here we can see Chris Wynn jump into a conversation about E3 and the next Mass Effect game in the tweets below:

Now beyond this it appears that a software Engineer might have accidentally revealed the release date on his LinkedIn page which now is set to private, and that date would be October 2016. Now this would seem kind of plausible since the game was first "revealed"  back in 2014, and thus it has been in the works for some time as with most titles. On the other hand most major AAA-titles these days usually end up getting delayed or they end up being severely broken on launch so who knows, 2017 seems to me at least, a bit more plausible.

I loved the Mass Effect trilogy, and I hope that Bioware can deliver once again. What I personally want to see from the next Mass Effect game, is you playing as a "smaller" character, not someone who makes galaxy wide decisions, let me play a good for nothing smuggler or a Mercenary with moral-issues, or why not some Special Forces character. As long as they have an overlapping story tying everything together then that should be pretty doable.