You can check out the the trailer below:

Mass Effect: Adromeda uses the latest iteration of the awesome Frostbite 3 engine. A new adventure awaits in the Mass Effect universe. With stunning visuals and a new galaxy to discover, BioWare delivers the next generation of space exploration.

Today we debuted the first cinematic trailer for our next game, Mass Effect™: Andromeda. While we are still many months away from the game’s release date in holiday 2016, we’re excited to show you a bit of where we’re at. First, though, some background on the game itself.

When we wrapped up the original Mass Effect trilogy with Mass Effect 3: Citadel in early 2013, planning and design on Mass Effect: Andromeda was already well underway. We knew we wanted to start with a foundation composed of the best parts of any Mass Effect game: exciting new worlds to discover, great characters, and intense action. At the same time, we clearly wanted to expand the definition of what you should expect from a Mass Effect game.

While we aren’t ready to go into too many details just yet, as you saw in the trailer and can tell by the name, this game is very much a new adventure, taking place far away from and long after the events of the original trilogy. You will play a human, male or female, though that’s actually not the character you saw in the trailer (more on that later). You’ll be exploring an all-new galaxy, Andromeda, and piloting the new and improved Mako you saw. And through it all, you will have a new team of adventurers to work with, learn from, fight alongside of, and fall in love with.

We built this trailer in Frostbite™, our game engine, and it represents our visual target for the final game. We are thrilled by what we’ve already been able to achieve in bringing Mass Effect to Frostbite and by putting our entire focus on PC and current gen consoles. With the time remaining in development, we’re excited about the possibility to push things even more.

Thank you again for all of the support you keep showing us, and we’re looking forward to sharing more details with you near the end of the year. Until then, the teams in our Montreal, Edmonton, and Austin studios will be hard at work creating an entirely new adventure for you to lose yourselves in. 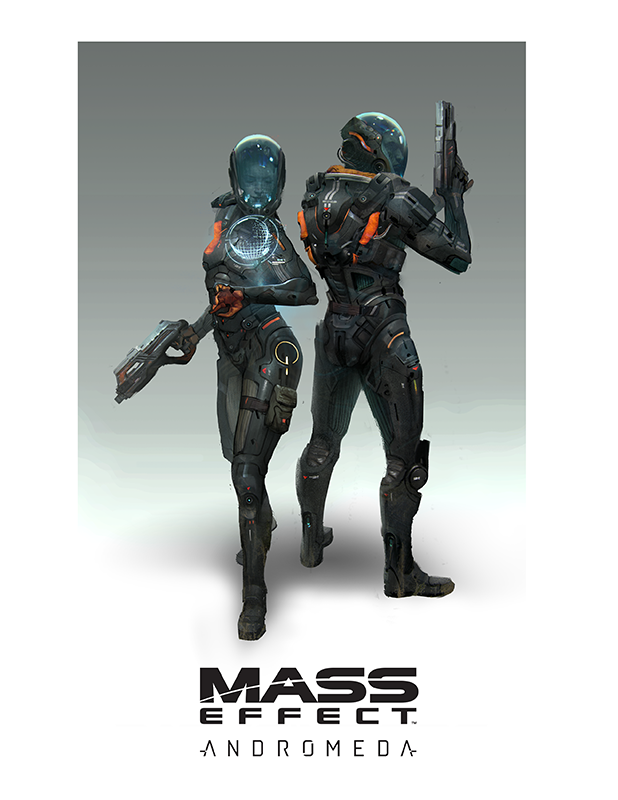