Brand new details and First screenshots of Bioware's upcoming Sci-Fi RPG game "Mass Effect 3" have been revealed. The details have been given by an Spanish gaming magazine, A big thanks to Game Informer for posting two exclusive screenshots of the game.

The details focus on how Shepard became enemies with Cerberus, The info shows that the reason for Cerberus going against you will be revealed at the start of the game. It also details that the Cerberus will use mechas, assault units and shock troopers against Shepard who they resurrected in the previous title (Mass Effect 2).

Locations in the game will include New York, London, a moon of Koriano [Quarian] world, a Salarian world and Mars, among others and most probably a chance to free roam the galaxy like in Mass Effect 2. The game will also feature different Combat Moves, Skills, Customizeable Weapons and Space Battle (Not Confirmed yet). The info also details on the Reapers that they'll be huge as ever ranging from 500-600 meters of the smaller ships to the 2km for Herald.

The shots below show Commander Shepard engaging through Cerberus Troops on the Salarian Homeworld. 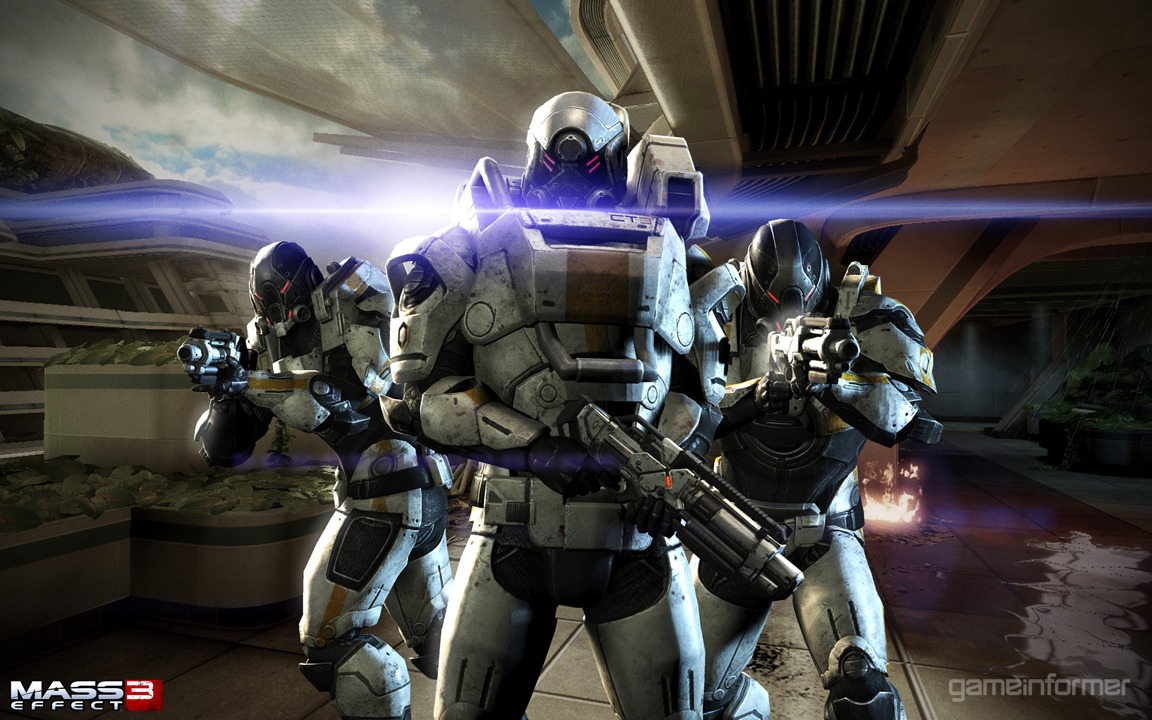 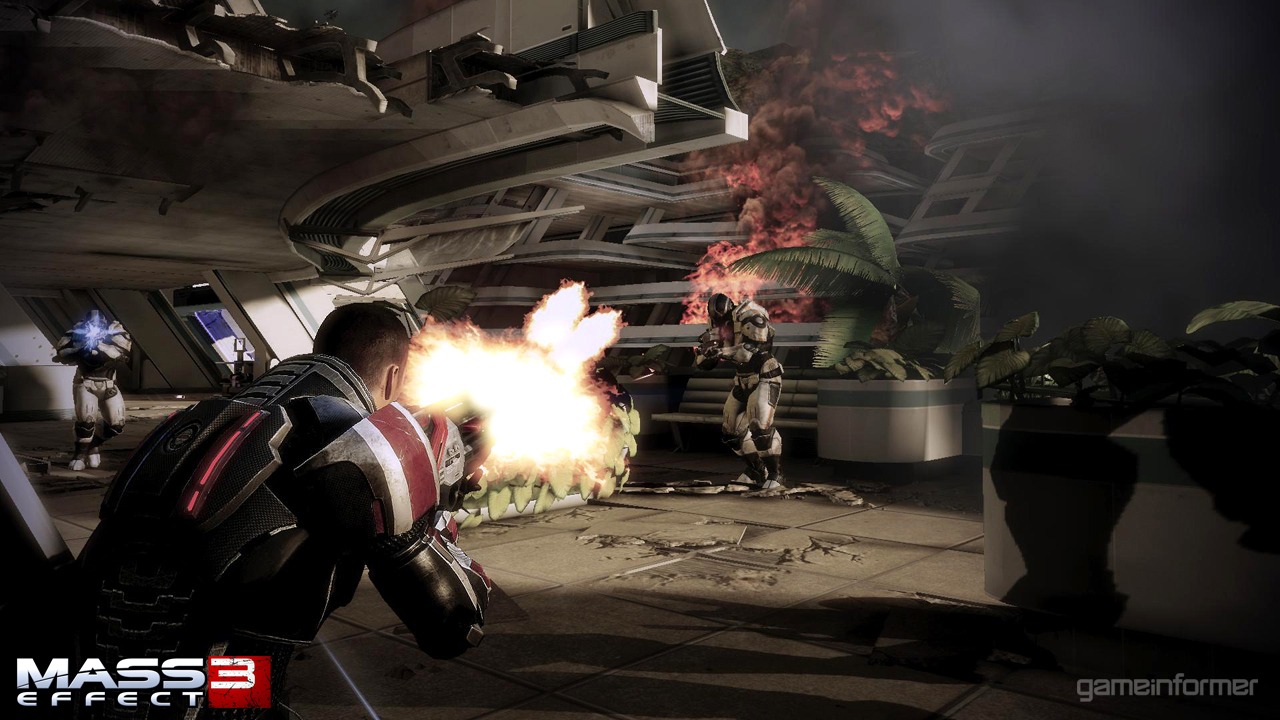