Marvel’s Avengers Story Is About the Heroes’ Human Element, They’re Affected by Their Mental State 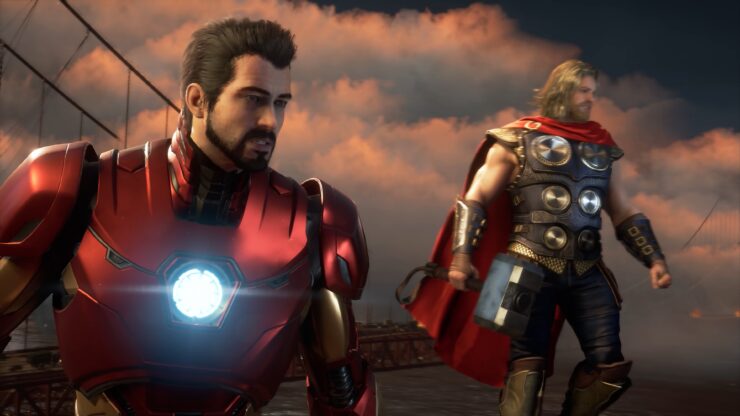 Crystal Dynamics finally unveiled Marvel's Avengers at E3 2019. You can check out our interview with Creative Director Noah Hughes in case you haven't already, as he revealed quite a few details about the action/adventure single player/coop game.

However, in another interview with GamesBeat conducted during the show, Director and Writer Shaun Escayg (former Creative Director at Naughty Dog on Uncharted: The Lost Legacy) revealed news regarding the game's plot, where apparently the human side of the Avengers will be the focus.

A lot of the story is about the human element of these heroes. How do they deal with guilt? How do they deal with loss? Can they put their differences aside? Bruce Banner is one of my favorite characters because he’s always in conflict with who he is. He’s a scientist, very intelligent, and very docile in a way. Then all of a sudden he has this part of himself that’s enraged, that can destroy anything with a flick of his hand. Is he dangerous? Is he really a hero? He’s battled that his whole life.

Then you have someone like Iron Man who’s also very smart, very dependent on technology, very much about saving and protecting the world using technology, but he’s also very arrogant. He takes chances where other Avengers won’t. There’s conflict because of that.

It’s all about the conflict, right? What happened on A-Day? Who was at fault? Black Widow was in charge of the bridge. Did she fail? Should we have gone back and helped Cap? These are the human things that we wrestle with as well, and that’s what grounds this and makes this different from any other Avengers story. Also, it affects some of our heroes in other ways. I can’t give away details, but they’re affected by their mental state.

Marvel's Avengers is scheduled to release on May 15th, 2020 for PC, PlayStation 4, Xbox One and Google Stadia.