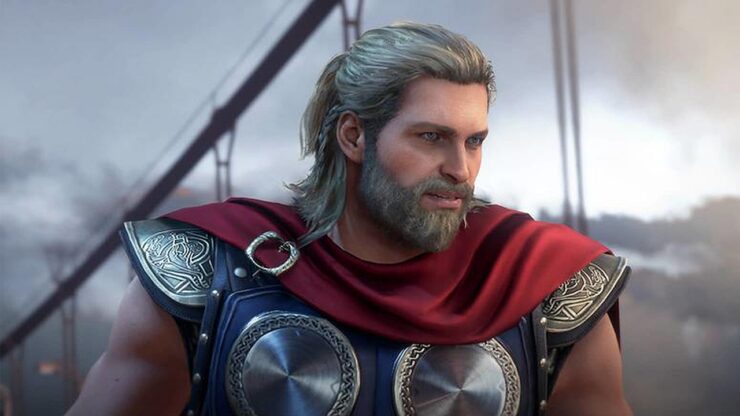 Marvel's Avengers is slowly but surely being unveiled by Square Enix, Marvel and developer Crystal Dynamics. At New York Comic-Con 2019 we learned that Kamala Khan, also known as Ms. Marvel, will be a central character to reassemble the Avengers team.

Today, the developers have shared a brand new 'game overview' video that includes plenty of new tidbits, including our first look at skill trees and inventory management.

Additionally, Marvel's Avengers Creative Director Noah Hughes (whom we interviewed at E3 this year) was interviewed by the official PlayStation blog, where he talked at length about the game's co-op structure and character progression staples.

We know everyone is wondering how co-op works, and we’re excited to go into more detail in early 2020. However, we can give a quick overview in the meantime! As you see in the video, there are two different types of missions: Hero Missions and Warzone Missions.

Hero Missions are single-player only and are part of the overall Campaign. These Hero Missions are specific canvases to showcase each hero as you reassemble them to your growing roster. Warzone Missions can be played solo or with a group of up to four players as any Hero in your roster, allowing you to embody an Avenger within a team of Avengers! Each mission scales based on the team size and makeup.

While you’ll be taking control of iconic characters, player choice is important to our experience. Players can customise each of their Hero’s Gear, Skills, and choose from a diverse array of Outfits, all of which creates a personal experience. For instance, one player might play Thor as an AOE damage dealer controlling the crowd, but an ally could build him up primarily focused on melee tactics. It is critical that we deliver the true feeling of being each unique Super Hero – it’s the Avengers after all!

We have a vast amount of Gear unique to each Super Hero in Marvel’s Avengers, each with its own rarity, stats, and Perks to unlock. When we say ‘play your way,’ we mean it. Players can dive deep into min-maxing their hero build through Skills and Gear. Players can switch out Gear and choose which pieces suit individual playstyles as new, better Gear is discovered or earned, allowing them to further tune their playstyle.

For Gear – the real powers are found by unlocking their innate Perks. Perks are unique modifiers tied to Gear that augment or enhance how each Super Hero plays – examples of Perks are the ability to unleash an AOE Burst upon taking damage or faster recharging Heroics. In addition, Branded Gear Sets, which enable more custom builds with stat bonuses are present in the game.

Gear – and Skills – are a foundational part of our progression system and allow players to really flex their creativity. This, combined with the crazy number of purely cosmetic Outfits available for each Super Hero, will make everyone feel unique. What you’re seeing in the Game Overview video is pre-Alpha so it’s subject to change and evolve as we develop the game.